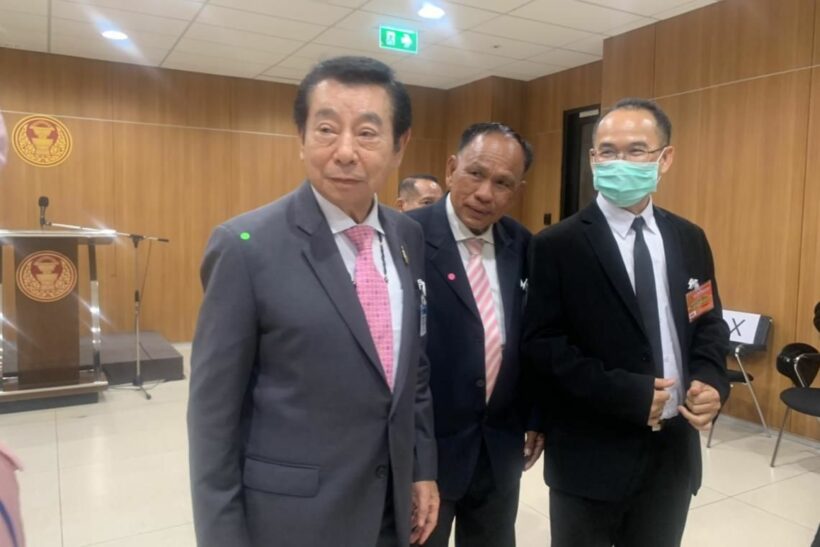 After the Supreme Court found a Chiang Mai MP candidate not guilty of election fraud, Surapol Kiatchaiyakorn of the Pheu Thai Party is now asking the Election Commission to pay him 70 million baht in damages for disqualifying him after he won an election. He is also asking for the commission to give him back his MP status.

He got the “orange ticket” back in April of last year, meaning the commission revoked his electoral rights for a year. The commission can ban candidates, before they are endorsed, from the election if they find evidence that the candidate has broken election laws. In this case, the evidence was Surapol’s donation to a monk.

Surapol had won Chiang Mai’s Consituency 8 with 52,000 votes, but the commission gave him the orange ticket for donating 2,000 baht to a monk. After that, the Pheu Thai party was banned in running in the constituency’s rerun election and a winner from the now dissolved Future Forward Party won.

The Supreme Court found Surapol not guilty for election fraud and said the donation to the monk was not intended to gain popularity and get more voters. Surapol is now demanding the commission give him back his MP status, on top of damages.

“Who’s going to be responsible for the 52,000 votes of Chiang Mai people? How can the EC reinstate my rights and repay disappointed voters.”

44 years on – the 1976 Thammasat University Massacre