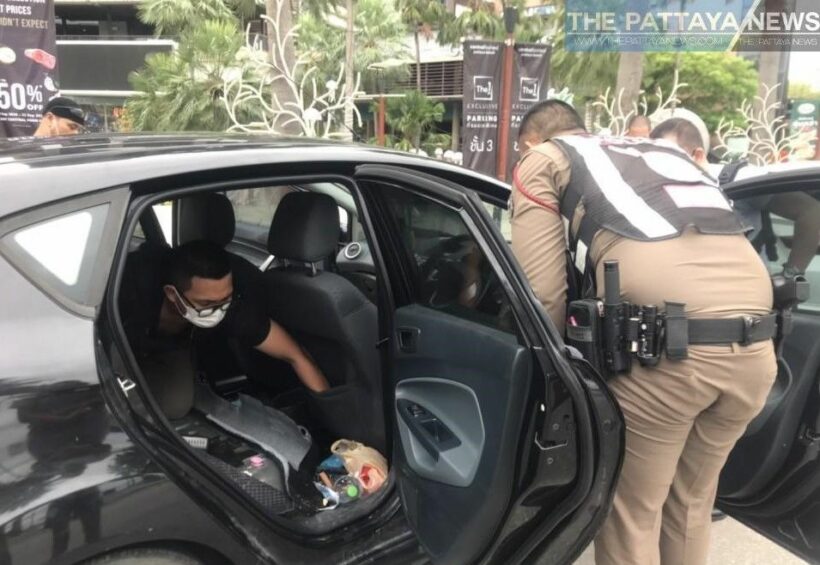 A routine checkpoint in Pattaya has led to the re-arrest of a 31 year old man recently released from prison following his role in a murder 14 years ago. The Pattaya News reports that Somphong Kaewpaijit was arrested in possession of a machine gun and illegal drugs. He was previously found guilty of involvement in the murder of jet-ski champion, Teerawat ‘Oct’ Lahip.

Police have also seized weapons and ammunition from the vehicle, including a machine gun and handgun. The driver was carrying the handgun, which contained 6 bullets, on his waist, while the Uzi machine gun, containing 22 bullets, was under his seat. 4 additional bullets were also discovered in the vehicle. A variety of illegal drugs has also been confiscated, including nearly 5 grams of Ketamine and 20 methamphetamine pills.

All 5 suspects face charges of illegally possessing firearms and ammunition, as well as illegal drugs. It’s alleged Somphong has told police the firearms and drugs belong to him, adding that the weapons were necessary to protect him from a powerful enemy, but declined to share with police a name of who the alleged enemy may be. He says the drugs were purchased from a well-known group at a Pattaya nightclub. Neither the name of the group nor the nightclub has been released.