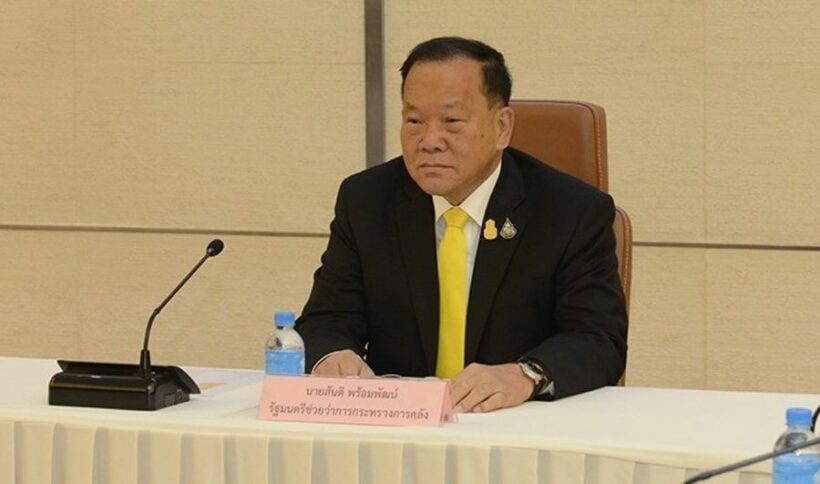 The President of the Engineering Association of Thailand has called on Kim Chaisaensook, Associate Professor of Bangkok’s Ramkhamhaeng University, to respond to allegations that Deputy Finance Minister Santi Prompat was dismissed from the faculty for cheating.

Tortrakul Bunnag made the call in a Facebook post, after a suggestion from Santi that he is qualified to replace former Finance Minister Pridi Daochai, following the latter’s resignation.

Doubts about Santi’s qualifications first emerged in 2008, when Vinai Sompong from the Democrat Party alleged he’d been dismissed from the university for exam cheating. In response, Kim acknowledged that Santi was caught cheating in 1999, after hiring Somyot Meesawat to sit an exam for him.

He says Santi was invited to a university hearing to defend himself but never showed up. Santi and other students who were disciplined by the institution, were subsequently pardoned on the 6th cycle anniversary of the then Monarch, His Majesty King Bhumibol Adulyadej.

Thai PBS World reports that the university has now confirmed that Santi completed both a BA and MA at the Political Science Faculty, adding that the name of the student who was found to be cheating was Saanti Phrompat, not Santi Prompat.

In response to a question about Santi’s credentials from Yutthapong Charassathien of the Pheu Thai Party, the man himself says that besides the BA and MA, he also holds a PhD in electric cars from the King Mongkut Institute of Technology, which he obtained 6 months ago. He says he’s waiting for a date for his graduation ceremony to be confirmed. When asked if he could show his degrees as proof, he says anyone who doubts his qualifications can contact Ramkhamhaeng University directly.