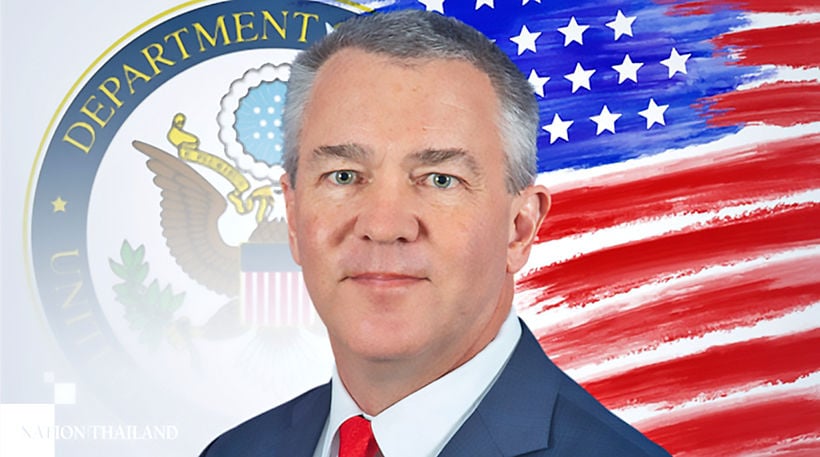 “Nobody will have to take sides.”

US Ambassador to Thailand Michael George DeSombre said in an exclusive interview with Nation Thailand that the US spat with China won’t affect relations in the region and nations will not have to take sides. He expects more American companies to invest in the Kingdom in the coming months and years, and reiterated that the US is a “better friend” to Thailand and to other ASEAN countries.

Some regional leaders have voiced concern about the growing tensions between the two largest economies, and worry that this feud may force them to take sides. DeSombre responded, invoking political tones, saying that Washington, “for the first time in a long time, is seeing China for what it is, not as we hope it should be”.

The US has threatened sanctions on China for imposing what Washington sees as an unfair national security law in Hong Kong.

“So, we see challenges coming out of China and are addressing them directly. Obviously, that creates more tension, instead of ignoring the problems that have been created by the previous administration.”

Asked if the 2 countries will ever find common ground or come to a compromise, DeSombre said there are already some areas that the two countries will continue cooperating on.

“And we look forward to China increasing the number of areas where we do have common ground. Unfortunately, that’s not happening much. But we are encouraging them to do so.”

“But we do have a trade deal for example, and we are looking forward to them implementing the “phase one trade deal,” which is a good example of finding common ground, given the other challenging situations.”

While some observers argue that the US has taken a tough stance against China because the US presidential elections are approaching, DeSombre dismissed this notion.

“You should ask China whether the presidential election had anything to do with their decision to suddenly impose the national security law in Hong Kong. That is their choice, not ours.”

“Also, I think various activities in the South China Sea, such as militarising islands, sinking Vietnamese fishing vessels among others… those were not our decisions.”

“One area that we see some concerns about is China’s actions that are contributing to drought here in Thailand, such as controlling the flow of water in the Mekong River, and failing to stop precursor chemicals from going to Myanmar, which is allowing massive production of methamphetamine, which is flowing into Thailand. These are our concerns.”

Regarding the slowdown of the global economy, DeSombre said he sees an opportunity in the crisis.

“There’s always an opportunity in crises, and that is where my discussions with the Thai government have really focused on: using this opportunity to move company operations to Thailand.”

He added that this presents a great opportunity to Thailand, because it’s “a safe, reliable, secure location for operation.”