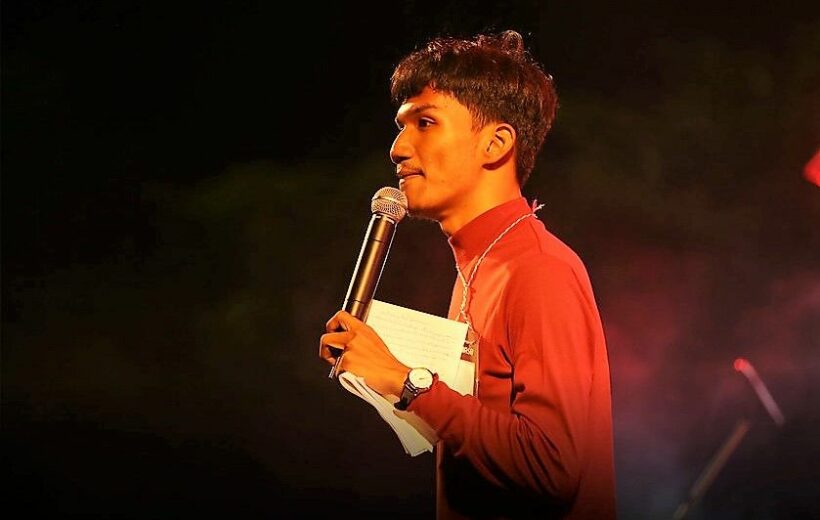 The pro-democracy activist, Panupong Chadnok, also known as “Mike Rayong”, has responded to police handing him a copy of the Public Assembly Act by setting fire to it. Panupong is currently out on bail, having been arrested on charges of sedition. The Bangkok Post reports that this latest act of defiance took place at a rally in Bangkok yesterday, with Panupong’s actions cheered by supporters, who also displayed the 3-fingered, anti-government salute.

It’s understood the Free People Group and the Revolutionary Labour Group organised the rally, with around 100 people in attendance. When some activists set up a stage and sound system, they were approached by police officers, who told them they needed permission under the Public Assembly Act. One of the officers handed a copy of the act to Panupong, who took it, and then burnt it, telling supporters the rally would go ahead regardless.

Panupong was joined by other prominent activists, including the singer/songwriter Chaiamorn Kaewwiboonpan, and the chairwoman of the Student Unions of Thailand, Juthathip Sirikan. The activists continue to call for parliament to be dissolved and fresh elections to be held. They are also calling for constitutional reform and an end to the harassment of government critics.