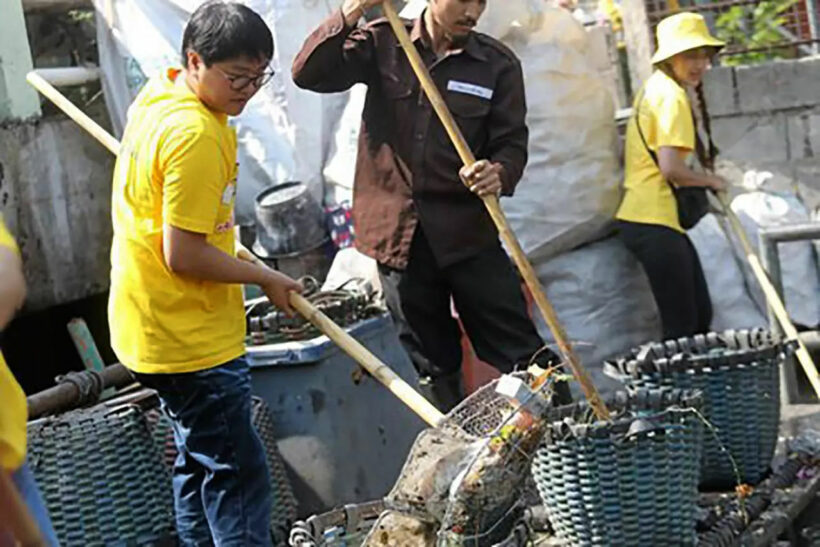 Where does all the garbage floating around Thailand’s waters come from? A survey by a leading university shows that 80% of the rubbish, floating in our waterways and off our coastlines, is sourced in Thailand. It ends up eventually polluting the Kingdom’s beaches.

Concerns are again being raised about the level of garbage found in the seas around Thailand, with an academic from Kasetsart University in Bangkok saying it’s having a significant impact on marine life.

Thai Residents reports that Assistant Professor Pasinee Worachananan says discarded plastic in particular is affecting the food chain of fish and other animals. There have been hundreds of published examples this year in Thai media documenting the carnage caused by local plastics killing marine life

Thai language media Thai Rath says 80% of the waste material found in the sea originates in the waterways of cities and towns, with residents blamed for causing the problem by their careless littering.

Bangkok, alone, has 948 canals flowing into the capital’s Chao Phraya river, and from there to the sea. Since 2015, over 387,000 tonnes of trash has been removed from the city’s canals. Items fished out include the ubiquitous plastic bags, along with plastic cups and straws.

The Thai government has now declared war on single-use plastic, aiming to drastically reduce its use by 2022. From January 1, 2020, several retail chains and major department stores across the country have agreed they will no longer offer single-use plastic bags at their checkouts. Read more HERE. Adviser to opposition leader calls on Thai PM to resign