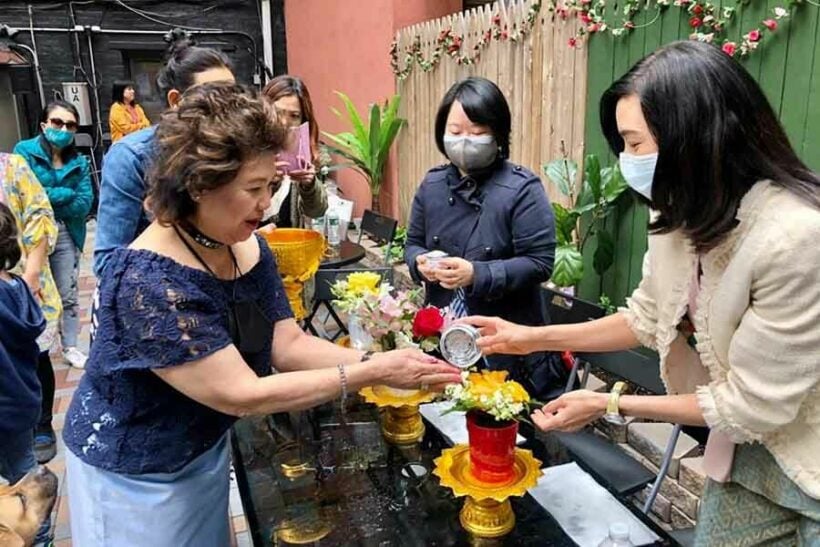 The Thai government is keeping an eye on a new Facebook group created by Thai citizens frustrated by the administration’s handling of Covid-19. In addition, many people in the “Let’s Move Abroad” group have voiced their anger at how the ongoing political unrest is being dealt with and in particular, how pro-democracy detainees are being treated. The Digital Economy and Society Ministry says it’s monitoring the group, which has now attracted over 650,000 members since its creation on May 1.

DES Minister Chaiwut Thanakhamanusorn says that while the group can provide valuable assistance to those who wish to study or work abroad, officials have also spotted sensitive political content which could violate Thailand’s strict lèse majesté law. The law, also known as section 112 of the Criminal Code, prohibits criticising, defaming, or insulting the monarchy.

According to the Bangkok Post, Chaiwut says that some political content in the group is designed to create division and to insult the monarchy. He warns that the ministry could take legal action against anyone responsible for posts or comments that violate section 112.

“I’ve ordered the working panel to regularly review the content and take legal action if need be.”

Aside from that, he says the group is a good resource for Thais thinking of moving overseas and such information-sharing should be encouraged. He adds that the government is ready to help Thai citizens who wish to move abroad, but calls on group members to refrain from offering advice that violates immigration laws in other countries.

Meanwhile, a number of foreign embassies have responded to the creation of the group, posting messages aimed at would-be Thai expats. The Swedish embassy in Bangkok kicked things off, listing the reasons Sweden would be a great country to move to.

“Are you dreaming about moving abroad? Here are a few reasons why Sweden should be considered – strong labour rights and protection, gender equality, innovations appreciation, and social welfare for all.”

Not to be left out, the Aussies chimed in, with their embassy offering to teach interested Thais some Aussie slang.

“Before joining #TeamAustralia, let’s get to know some slang the Aussies use. Our page will on Wednesday present 5 words about food that only Aussies understand.”