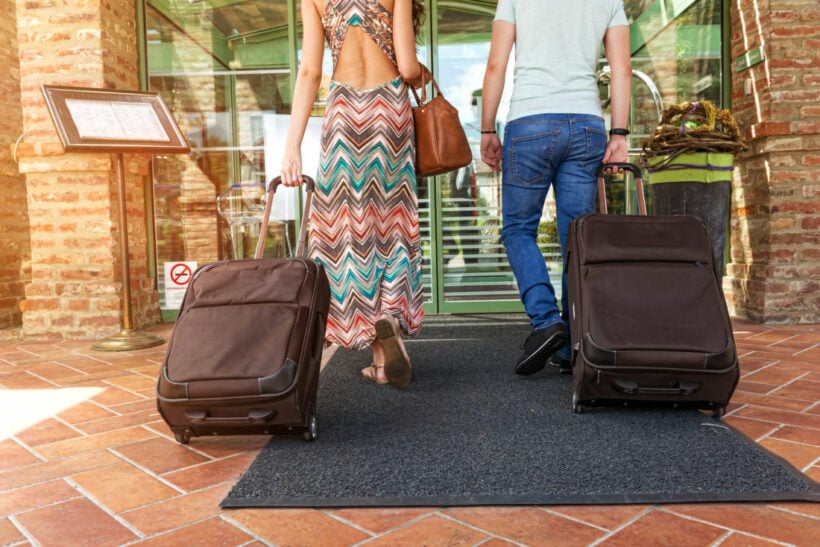 Nearly 5,000 Thai expats have now signed a petition pleading for modification or abolition of the TM30 immigration form. The well-organised petition calling for changes to the form is an unusual step for expats who, most of the time, keep their head down and out of the daily operations of the Land of Smiles.

For its part, Thai Immigration says it is simply robustly applying Sections 37 and 38 of the Thai immigration act to “strengthen security” and keep tabs on foreigners whilst in the country.

But the ‘robust application’ is causing headlines the Immigration Department would rather not see and is prompting panel discussions, YouTube interviews and online pleads from well-known bloggers and long-termers. There is one discussion planned for the Foreign Correspondents Club this Thursday.

The petition, whilst politely written, is not likely to succeed. The inconveniences to some locals needing to report their whereabouts when changing their reported address, will be outweighed by the need for national security.

That a group of foreigners could possibly change Thai laws to make things more convenient and useful, is also inconceivable. Even if there was some minor adjustment to the laws it could take years.

Bottomline, don’t get your hopes up.

In the meantime, the inconvenience of Section 37 will remain a clear and present annoyance. There has been no shortage of people spraying the internet with their individual problems and examples and the 24 hour reporting will certainly affect some expats more than others, especially travelling business-people whose movement around Thailand is just part of their work.

Tourists are not affected as the onus of reporting locations whilst on holiday is the responsibility of hotels and landlords.

The issue is being presented in the international media as a nail in the coffin for long-term living in Thailand. The reality is that expat numbers continue to rise although the demographic is evolving to the chagrin of many European, Australian and American expats who seem particularly aggrieved by the enforcement and have made their voices heard – through signing the petition and sharing their strongly-held feelings on various forums online.

The other issue angering or confusing expats is that, like many other immigration laws, the enforcement of the clauses continues to be patchy around the Kingdom – they really don’t know how, or if, it’s going to be enforced in their case. For the short-term we would recommend you play by the rules to avoid any unpleasant fines or surprises. If you have any queries it is best to visit an Immigration Office and ask questions to find out how it applies to your visa and situation.

Don Ross from ttrweekly.com shares some thoughts on how the laws could be changed…

“The director-general (usually the chief of police) can make changes to clauses 3 and 4. The DG can also through the Immigration Commission recommend a new ministerial regulation that updates the two clauses to make them more in tune with today’s online realities.

One possible change would be to stipulate that clause 4 reporting only kicks in after 72 hours away from home, rather than 24 hours. It would allow thousands of expatriates who are long-stay or retirees to visit other provinces for up to three days without triggering a clause 4 reporting hassle.” 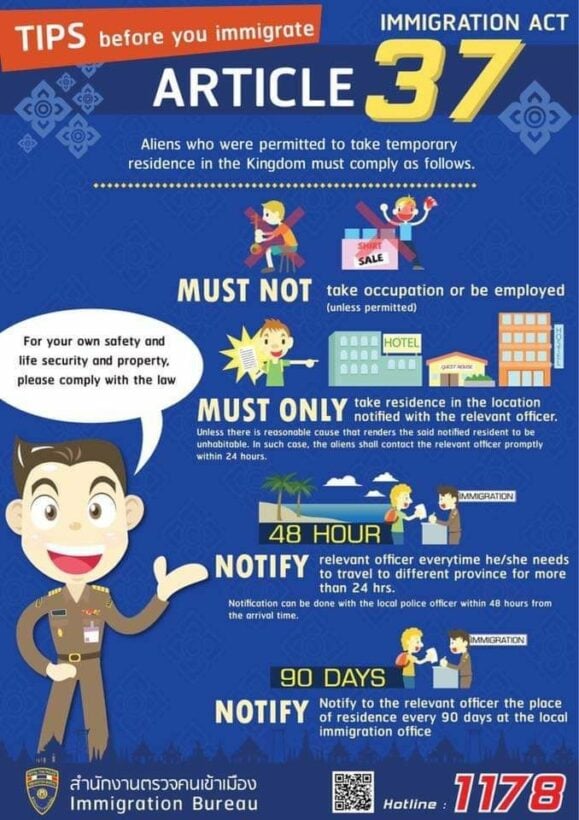