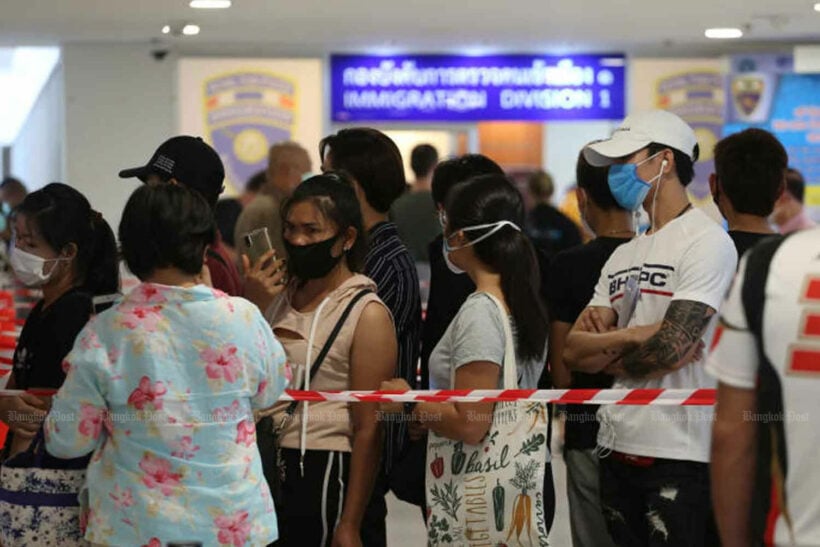 As the deadline for the visa amnesty draws closer, conflicting whispers are emerging from Immigration offices around the country.

The Thaiger is privy to a discussion with an Immigration officer this morning where an extension was said to be likely, for 1 month beyond July 31. But just this afternoon Khaosod English has published a contrary story saying that an extension of the visa amnesty for foreigners “is unlikely”.

The amnesty, extended back in April, will expire at the end of this month (July 31).

Immigration spokesperson Col. Phakkhaphong Saiubon is quoted as saying that there’s a need to “clear out people” as the situation of global pandemic “starts to wind down”. The spokesperson’s reading of the international Covid-19 situation appears to ignore the latest figures which indicate an acceleration of the global infection numbers and recently “low risk” areas firing up with “second waves” of infections.

The government issued a general amnesty  which gave automatic extensions of stays earlier this year, and then extended again in April, after crowds of foreigners were queueing up at immigration offices around the country. The amnesty allowed foreigners whose visas expired between March 26 to July 31 to stay in the Kingdom without applying in person for an extension at immigration offices.

“There most likely will not be an extension. It’s all quiet on that front. It’s been a long time and we need to clear out people. Thailand and the Thai government are already generous. No other country has this long of a visa amnesty (another false assertion).”

If there is no extension to the visa amnesty after July 31, overstay fines as well as the 90 day report requirements will likely resume unless other measures are put into place before that date.

The spokesperson also warned foreigners “who plan to continue staying in Thailand are advised to renew their visas and 90 day reports before then”.

“I recommend you do it within this month.”

The bottomline, without any news of an extension to the amnesty, is that foreigners, whose visas have expired, should apply to extend their visa or, if they are unable to, contact their Embassy for a letter explaining the reasons they are unable to leave the Kingdom.

“It also depends on the flights available for you. But if your embassy won’t issue a letter for you, then you may have to leave since there’s not much we can do.”

Before the visa amnesty was granted, immigration officials required as many as nine separate documents for foreigners to extend their stay for up to 30 days. They include land deeds, rent contracts, and even selfies of foreigners with their accommodations.