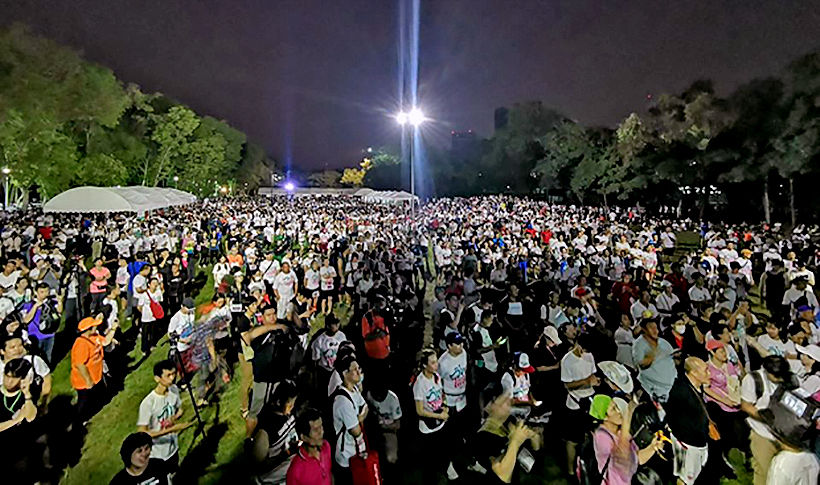 This morning’s fun run/rally/political event/marathon/jog/protest at Suan Rot Fai park in Chatuchak, a northern Bangkok suburb, attracted thousands of runners. The run was organised as a protest against Thailand’s Prime Minister Prayut Chan-o-cha and his government. The “Run Against Dictatorship” was organised by opposition political parties and activists calling for greater political freedom. The event was held less than 10 months after the general election.

The demonstrators gathered at Suan Rot Fai, aka. Vachirabenjatas Park, for a pre-dawn run to show their opposition of the current government. The event is the second high-profile anti-government protest in a month, following a gathering in central Bangkok on the ‘skywalk’ outside MBK shopping centre on December 14. Read about that HERE.

There is no official tally of the numbers at this morning’s fun-run so far – the Bangkok Post is reporting ‘thousands’ whilst organisers claim 10,000 people had registered to participate, a self-imposed ceiling they placed on registrants.

General Prayut Chan-o-cha led a bloodless Army coup in May 2014 and seized power, ousting the democratically elected Yingluck Shinawatra government. Despite a general election in March last year, many of the same faces, who served in the military-led junta government, now appear in the new government with Prayut narrowly winning a vote to become the country’s PM.

The protesters, broadly, question the fairness of last year’s general poll under a military-sponsored constitution. The new constitution was voted for in 2017 and is believed by activists and opposition forces to heavily weight in favour of the army-supported regime.

While there was no official count of the numbers at Sunday’s fun-run style gathering, a rough tally at the site indicated thousands of people, many wearing T-shirts and bibs made for the event. Organisers earlier said 10,000 had registered for the run, adding parallel events would take place in other provinces.

Paphatsara Netsang, a Thai who lives in Singapore, flew to Bangkok for the rally.

Meanwhile, a separate rally was also being held this morning in Lumpini Park as a spoiler event to show support for the Prime Minister.

PM Prayut had a win yesterday when the Lower House passed the annual budget after a month of delays and debates. The Bangkok Post opined that “the bill was viewed as a test of his ability to shepherd key legislation through a bitterly divided legislature”. 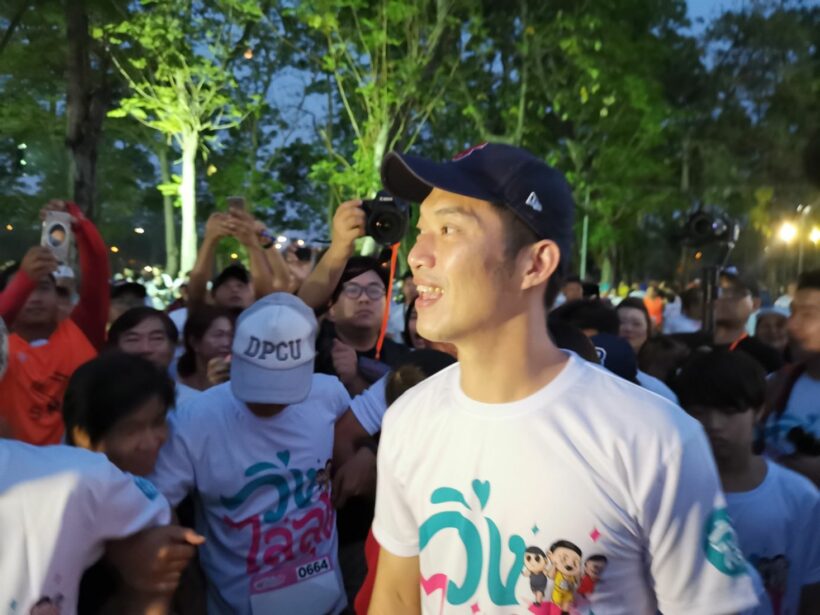