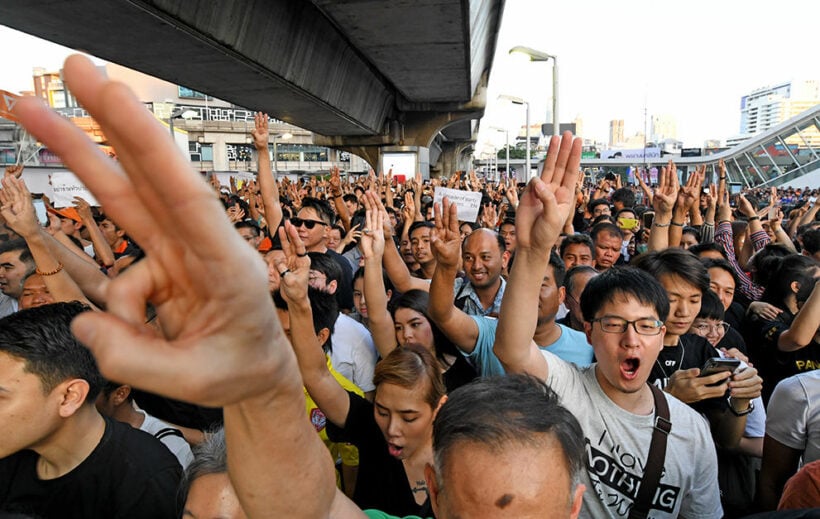 He tried to do it legitimately by running for office in the March election. His party performed above expectations, garnering the third highest number of votes after less than 12 months of existence. And Thanathorn was just votes away from being elected Thailand’s Prime Minister.

Now he’s back on the streets fighting what he, and his supporters, describe as “anti-democratic forces”.

Whether the charges against him and his party by the Election Commission are legitimate or trumped-up, Future Forward now find themselves on the back foot, being pushed out of parliament with a string of cases being heard by the Constitutional Court. Putting aside his parliamentary suit and tie for rolled up sleeves and megaphones in the street, puts Thanathorn on course for a head-on clash with the Thai establishment.

Thanathorn called for the central Bangkok protest on Friday after the latest moves to ban Future Forward – the most vocal challenger to the coalition government under the leadership of PM Prayut Chan-o-cha.

The crowd assembled on the skywalk linking the National Stadium and Siam BTS stations, not shy of making their statement right in the busy heart of the city. They didn’t mince their words.

“We’re just here today as a test run. Prayut, don’t be afraid yet. The real thing is next month.”

The protest, attracting thousands, ran for an hour, was without incident and wrapped up just after 6pm. During the protest many flashed the anti-junta “three-finger” salute, made popular in the movie “Hunger Games” and representing a stand against oppression..

The Election Commission approached the Constitutional Court this week asking for the ruling body to disband the Future Forward Party on grounds it had accepted money or other benefits from “an illegitimate source” under Section 72 of the Political Parties Act.

Thanathorn lent 191 million baht to the party in January this year. The loan was documented and signed off by party officials. Section 66 of the Act prohibits a donation of more than 10 million baht to a party by any individual in any one-year period. But Future Forward say it was a loan, not a donation. If found guilty, Thanathorn and 14 other FF party executives could be banned from politics for at least five years.

Back at the Pathumwan Intersection, Future Forward’s Thanathorn Juangruangruangkit told several thousands supporters that the people would no longer put up with political injustice.

“We come together today in a show of force, to show that we will not retreat and will not put up with things any longer. This is not a day to protect the Future Forward, but a day to to protect the future of all Thais.”

“An hour is enough. Once we’re done, we will go home.”

But he parted with an invitation and urged supporters of Future Forward to show up next month at the “Run Against Dictatorship” running event scheduled to take place on January 12. He also said there will be a much larger rally in the future.

For the ruling government, and PM Prayut Chan-o-cha, Thanathorn is no longer a polite MP discussing matters in the Parliament. He is now a renegade high-profile voice against their legitimacy. The government, using its blunt tools of the Election Commission and the Constitutional Court, has now pushed Thanathorn and the Future Forward Party into a corner. And now they’re fighting back. 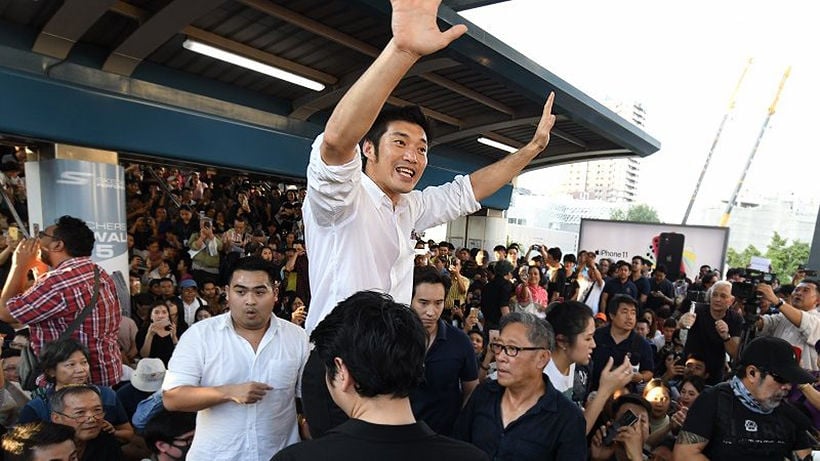 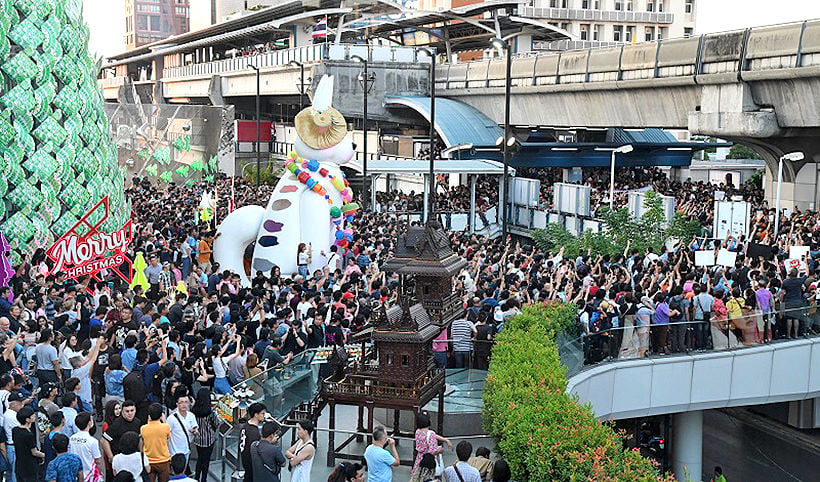