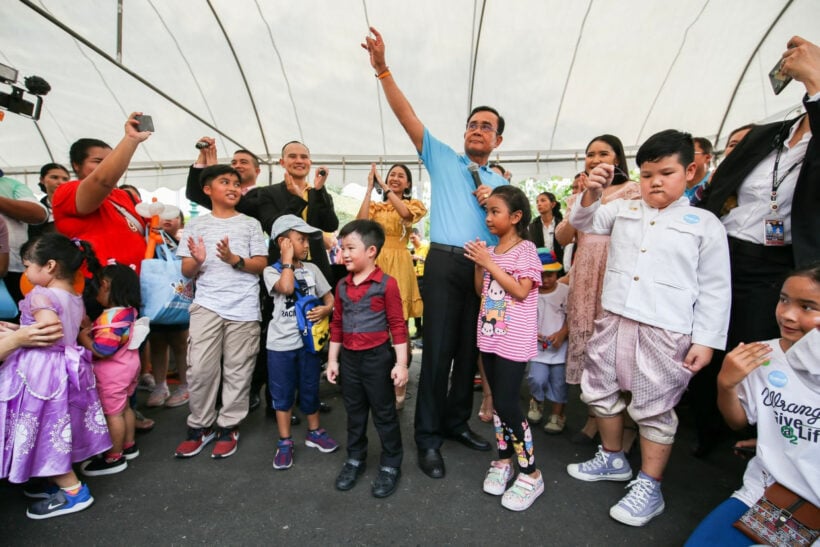 Children’s Day has come and gone for another year. As usual, the media like to follow the Thai PM in the hope of a perfect photo of him and an unsuspecting Thai child. The prime minister certainly enjoys the annual interaction and appears more comfortable surrounded by children than performing in Parliament. It’s also a day that the Thai armed forces like to get out their weaponry, big and small, and invite Thailand’s youngsters to come and get close and personal with the country’s military machine.

The Royal Thai Armed Forces headquarters on Changwattana Road is always a popular visit for children in Bangkok each year.

But in the end it’s all politics and Prayut Chan-o-cha didn’t miss the opportunity of making some political points whilst the cameras were whirring away. Prayut say that his government wants to see “Thailand and the Thai people of all ages make progress toward democracy together and be free of conflict”.

The PM reminded Thai children and adults alike of the importance of national unity, “the need for all to know their duties and responsibilities as good citizens and of not taking advantage of one another”.

The Prime Minister chaired the formal opening of the National Children’s Day celebration at the Ministry of Education yesterday morning. The theme was “Wonderful Kids: Smart Thai Children”.

Speaking at the opening of National Children’s Day, Prayut noted that it is important to promote appropriate capabilities in Thai children, “to train them to be able to cope with changing technologies and, at the same time, instil ethics in them so they grow up to become good citizens”.

He said Thai children should learn about Thai history, the courage and honesty of their ancestors, be able to think critically and not just learn by rote. (These two issues are constant criticisms of the Thai education system: 1) That ‘history’ is a white-washed Thai-centric version of regional stoushes with invaders, and 2) Thai education continues to be very much about rote learning with an absence of teach critical thinking)

Meanwhile, children around Bangkok were urged to wear face-masks when they go outdoors, state authorities suggested after the capital’s air quality dropped below safety standards in over 50 areas on National Children’s Day. The face-masks distributed for free by state authorities and government agencies are completely useless at filtering out the PM2.5 micron particles. Several districts of the capital – Pathumthani, Samut Prakarn, Samut Sakhon provinces – reported air quality as unhealthy for sensitive groups such as “people with respiratory or heart disease, the elderly and children”. 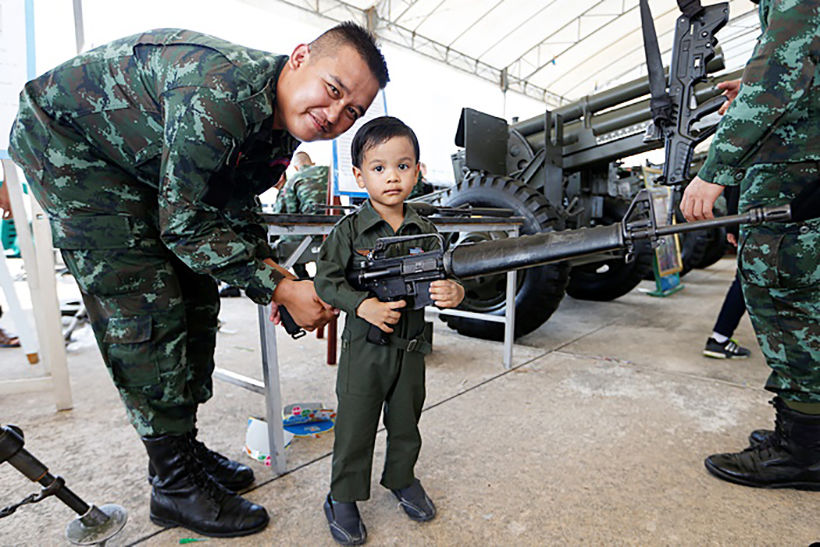 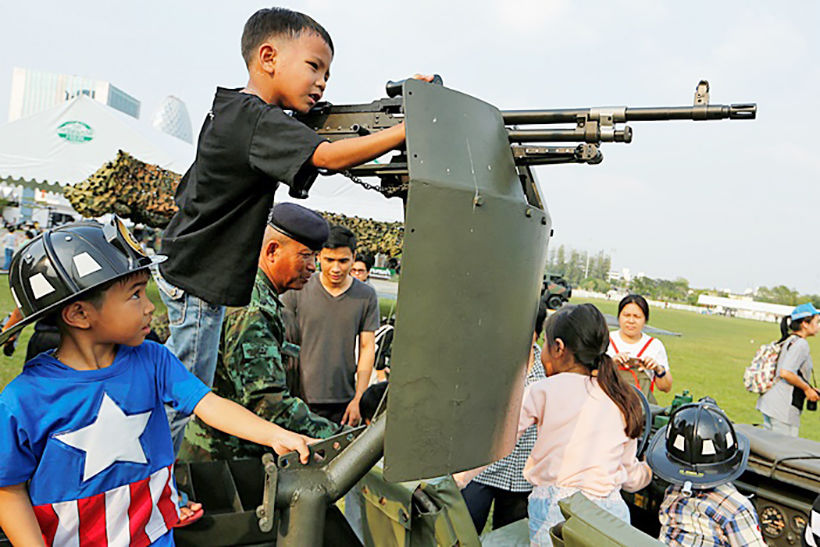 Thousands gather for this morning’s protest running event in Bangkok

Bangkok haze and smog continues over the weekend