A Facebook User ‘โรจน์ โชว์รูม’ posted online calling for help. He relates the story that at 4.30pm on Itsaraphap Road on Monday “my girlfriend had just withdrawn 320,000 baht from a bank”.

“She fainted on the road and when she regained consciousness the brown envelope with cash inside was gone. If anyone saw what happened, please contact me at 0971415777.”

The post also includes CCTV footage showing the girl fainting in the middle of the road. Passersby ran to her aid and a small crowd gathered around her. Some people helped her and organised her delivery to a nearby hospital.

“But when she woke up on the hospital bed, she asked if anyone saw a brown envelope but it turns out someone did see it and the same person might have taken it.”

The victim is 3 months pregnant and she lost consciousness as she was walking back from the Phran Nok Market in the Bang Chang Lo district of Bangkok, on the west banks of the Chao Phraya. She is also engaged. The bride to be says she remembered dropping her bag.

“The money was for the wedding and my child.”

“The wedding won’t be cancelled as the wedding invitations have been delivered to all the guests.”

He says that if the money is lost forever then he plans to apply for a bank loan for the wedding set on November 23 . 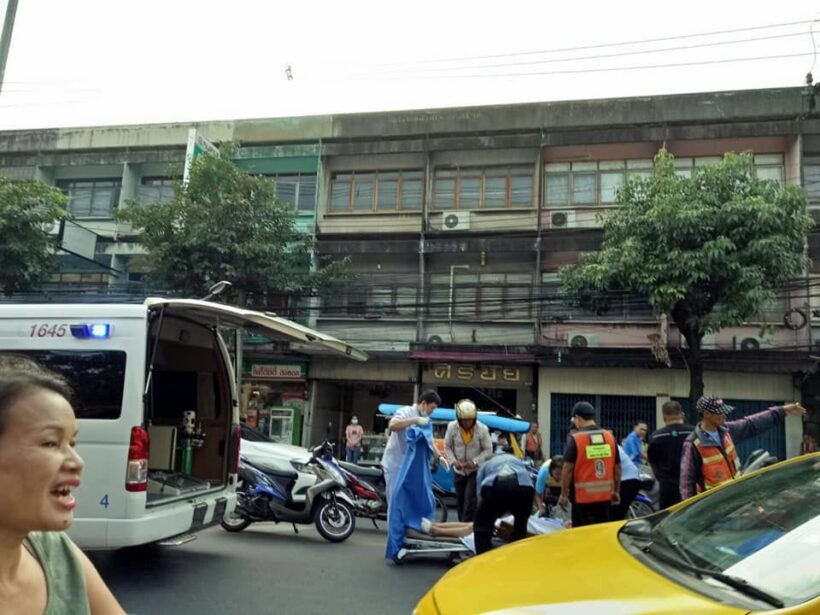 A Thai grandmother, a stroke, four dogs and a cat = musical magic