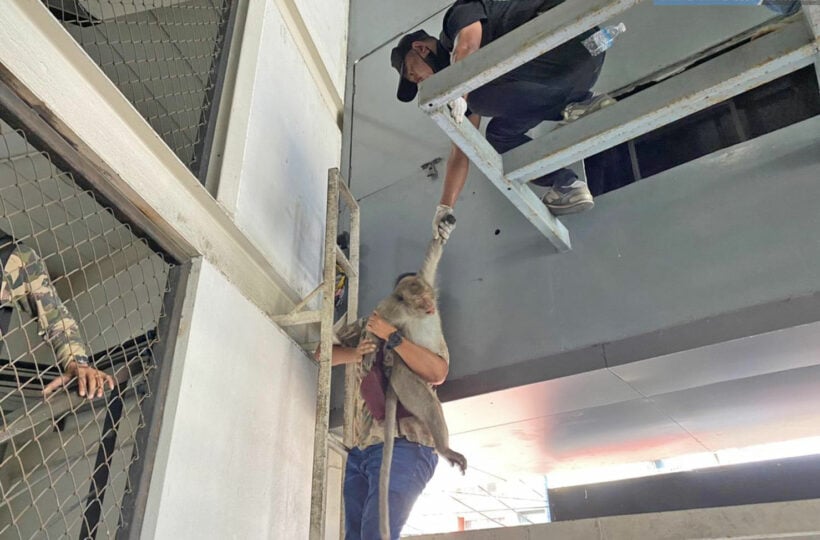 A mischievous macaque, aka. rhesus monkey, has been caught after stealing food from local residents in Chon Buri province’s Banglamung district. Authorities of the Department of National Parks, Wildlife and Plant Conservation were notified of the monkey yesterday afternoon at a housing estate. 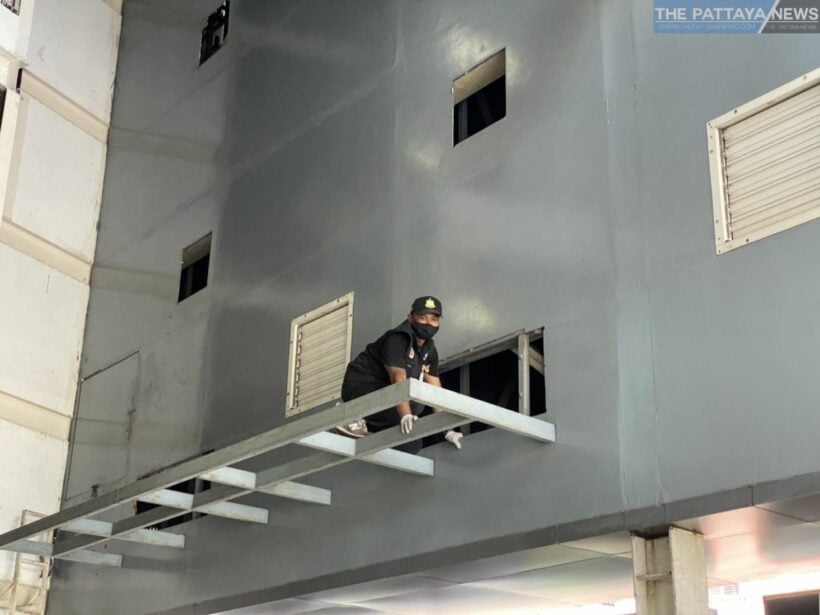 They arrived at the scene to find the male monkey, estimated at around 2 years old, eating and stealing durian, eggs and other food inside a surprised local resident’s home.

The animal escaped and dashed away to a rooftop and into ventilation ducts when staffers wildlife control officers from the National Park service first tried to catch him.

They eventually shot the macaque with a tranquiliser dart using a special rifle. The monkey was then able to be safely recovered and taken back to the Banglamung Wildlife Breeding Centre for treatment. He was not injured during the incident.

It took about two hours to actually catch the monkey. He’s now recovering at the centre, eating and will be released once he’s regained his strength. 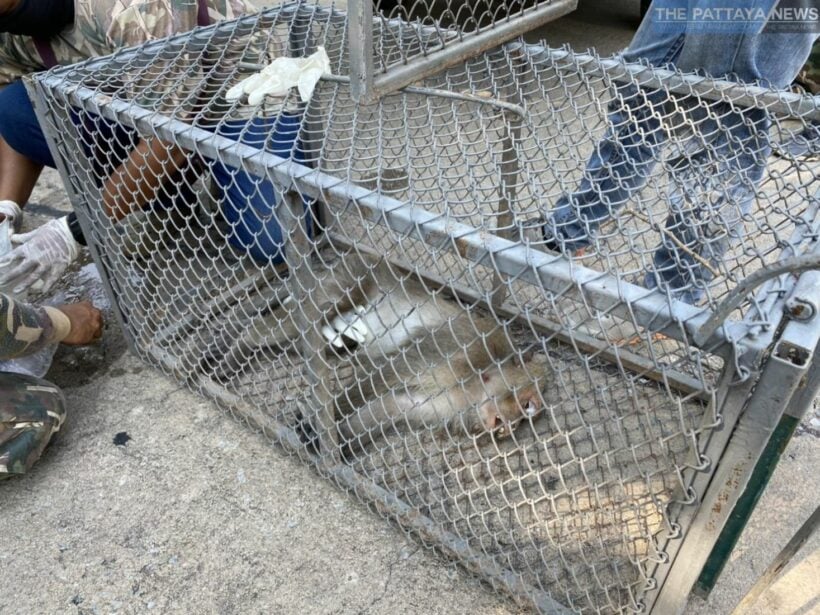 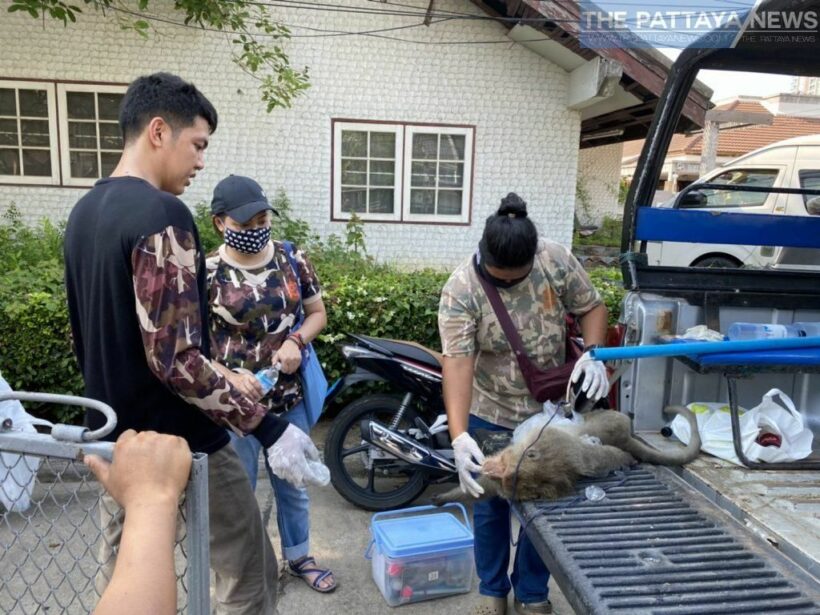