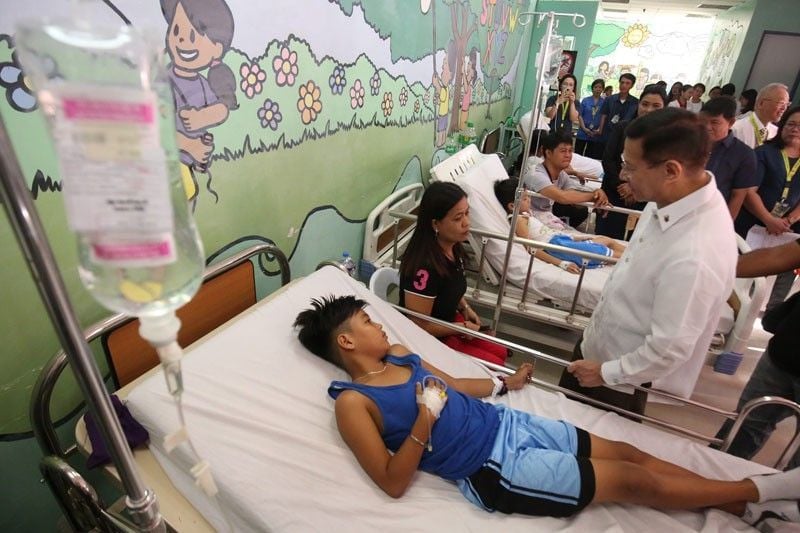 The Philippines has now declared a national dengue epidemic reporting that the mosquito-borne disease has now killed at least 622 people in the country in 2018.

More than 146,000 dengue cases have now been reported in the first seven months of the year, a number almost double last year, according to the The Philippines’ health department.

Officials said the Western Visayas region of The Philippines reported the most cases, at more than 23,000, followed by the suburban areas south of Manila, the capital – more than 16,500 cases. The southern island of Mindanao is also reporting a high number of new infections.

About 400 million people around the world are infected by dengue every year, making it the most widespread mosquito-borne disease. The illness is reported to be “excruciating” by victims, with symptoms including high fevers, headaches, muscle and joint pains, and lingering weakness.

There are several known dengue viruses, or serotypes, and while there is no specific treatment or cure, most people who are infected with dengue recover and become immune to the serotype to which they were exposed. But those who later become infected with a different serotype can develop a severe haemorrhagic fever that causes about 25,000 deaths each year.

Cases of dengue in Thailand have been reported at almost double the rates of last year as well. The most affected provinces include Trat bordering Cambodia, Ubon Ratchathani, Chanthaburi, and Samut Skhon Southeast of Bangkok. Dengue is endemic in Thailand and risk is present in both urban and rural areas, with elevated risk in northeastern part of the country. Peak transmission typically occurs during the rainy season, from April to December.