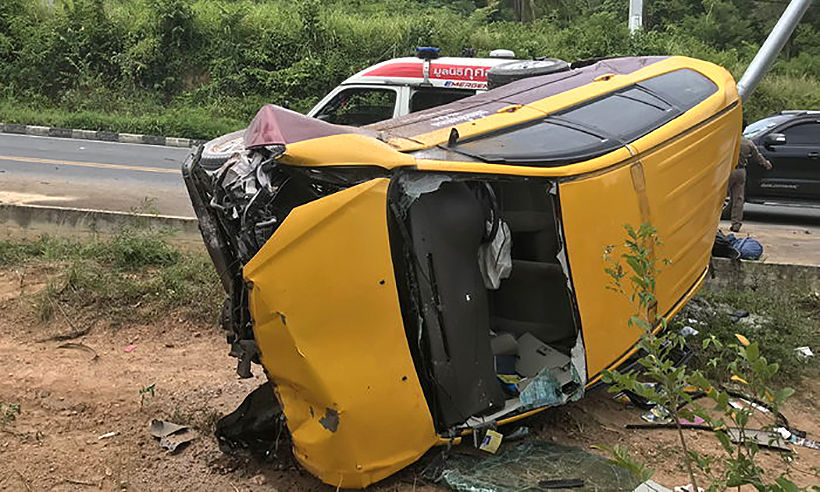 Police have now filed a full report on an an incident back on July 19 when a taxi driver was killed and two tourists critically injured driving on the Khao Laem Yai Hill, Koh Samui.

Sanook.com reports that a taxi, a yellow and brown Toyota Fortuner SUV, hit the footpath on the Khao Laem Yai hill in the northwest of Koh Samui. The taxi then collided with a coconut tree and a power pole, according to the police report. The 47 year old taxi driver, Phongphot Madaeng, died at the scene. The male and female tourists were taken to hospital.

Police say that they weren’t able to clarify if the driver fell asleep whilst driving or simply lost control of the taxis. They say the taxi was heading for the port area at Nathon.