The dugong pod was seen off Yong Lam Beach and Ko Muk, dolphins near Yong Ling Beach and sea turtles were seen between Yong Lam Beach and the Ko Muk Bridge. The team said that undisturbed seagrass in the area studied have spurred a resurgence of sea life due to the absence of tourism and fishing boats due to the Covid-19 crisis.

Trang is the largest habitat for dugongs in Thailand, which has recorded a total of 261 dugongs. The news comes as a welcome change from the tragic deaths of marine mammals from plastics we (and other media) featured in the headlines throughout 2019 which helped to inspire the plastic bag ban. 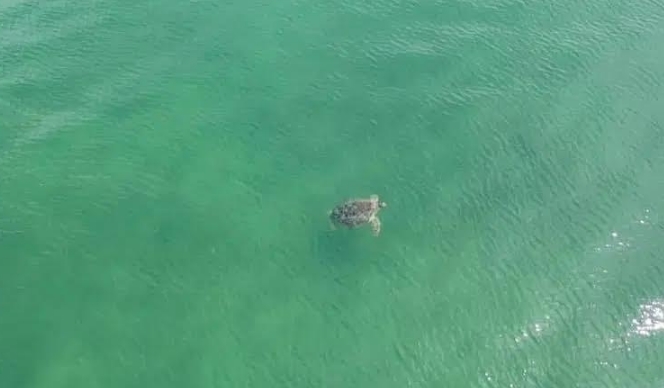 Several wildfires have broken out in Mae Hong Son’s Pai district in Northern Thailand. The governor says he believes that several blazes happening in the area are a result of the dry season arriving earlier than usual.

There are no reports of property damages, injuries, or deaths. 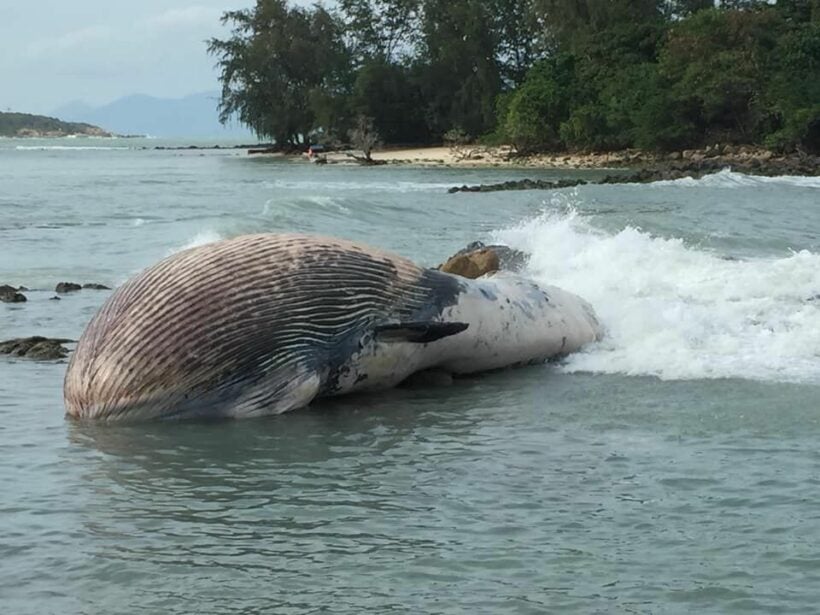 A dead Bryde’s whale was found washed up on Koh Samui’s Choeng Mon beach yesterday. By the look of the rotting carcass, said to be around 11 metres long, marine resource specialist Thon Thamrongnawasawat says he believes the whale died several days ago. The cause of death is currently under investigation by the Department of Marine and Coastal Resources, Thon said on Facebook.

“Currently, there are about 50 Bryde’s whales in the Gulf of Thailand. That means the situation of whales is still good and better than the dugongs. But I wish that there were no more 5 deaths per year from natural causes. If the death is over this limit, that will be worrying.”

The Bryde’s whales are spotted around the upper part of the Gulf of Thailand all year round, especially on the coastlines of Chonburi, Samut Prakan, Chachoengsao, Bang Khun Thian district of Bangkok, Samut Songkram and Petchaburi provinces.