A 4 metre long python has been carefully extracted from a car in Chon Buri’s central city district. It took rescue workers around 2 hours to locate and remove the reluctant reptile. Earlier, the snake was spotted by an unnamed local motorist, who stopped traffic to let the python safely cross Bypass Road in the Huay Kapi area. Afterwards it made its way to a car parked at a nearby house and slithered inside.

Rescue workers and a professional snake handler were called to remove the animal. Parts of the sedan had to be disassembled to get at the the snake, which had slithered deep into the vehicle.

Rescue staff report that the python was later released into a nearby forest, healthy and in good condition, but probably bemused from its day of vehicular adventures. 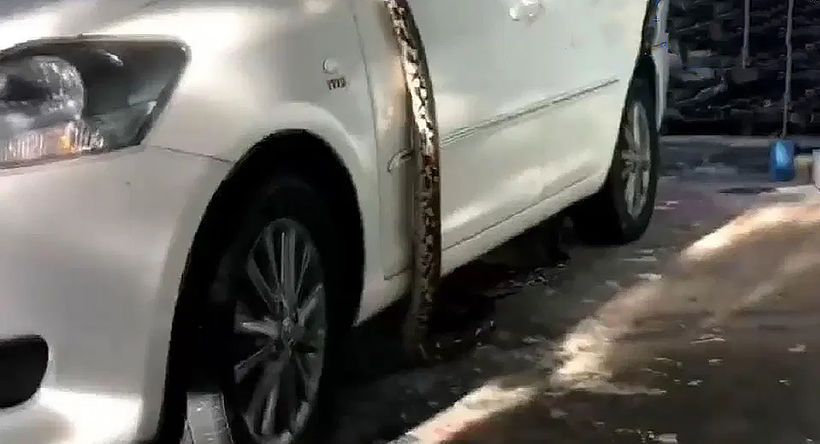 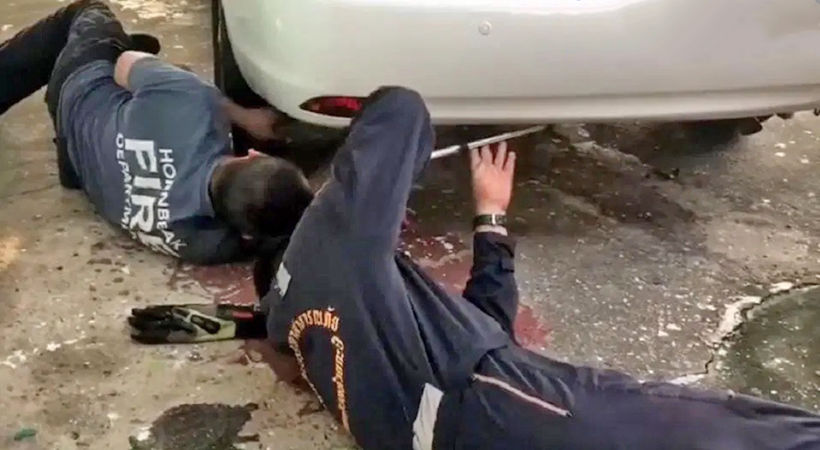