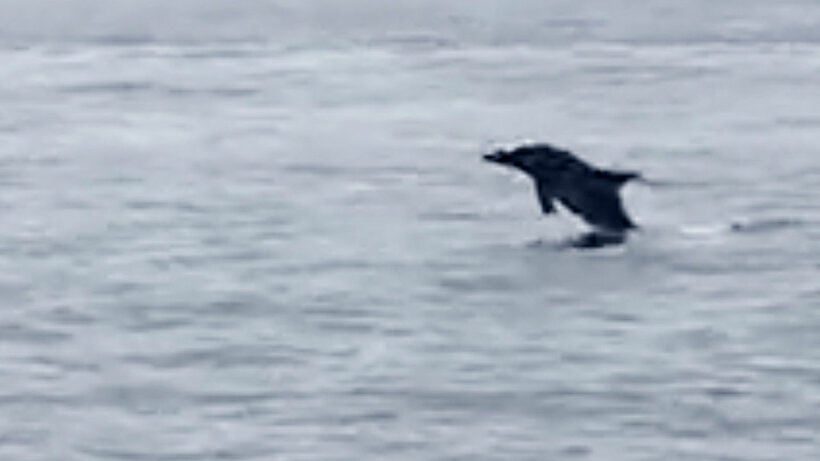 More than 30 dolphins were spotted around Phang Nga yesterday.

Yesterday morning (November 17), Dive Master Nattapong Ninsawit from Sea Bees Diving Khao Lak revealed that he and his customers spotted a number of dolphins on the way back from their diving trip to Similan Islands.

The group were travelling back, and while the boat was passing Similan Islands and Surin Islands, off Phang Nga coast, in an area known as Rua Jom Boonsoong diving spot, there were more than 30 dolphins jumping above the water surface and swimming around the boat for about 10 minutes before heading off.

The dive master said that the tourists on the boat were excited and impressed with the beauty and “pure nature” of Phang Nga which allows rare animals to live peacefully, and “this will make them come back to visit the province again which will generate revenue to the community”.

Rua Jom Boonsoong was a ‘platform’ that was used during the mining era that was sunk after the mining has stopped in the region. It has become a big coral reef at 18-20 metres under the surface and has become a nursing area for several marine species as well as a popular place for dolphins, whales and whale sharks to come for hunting and food.