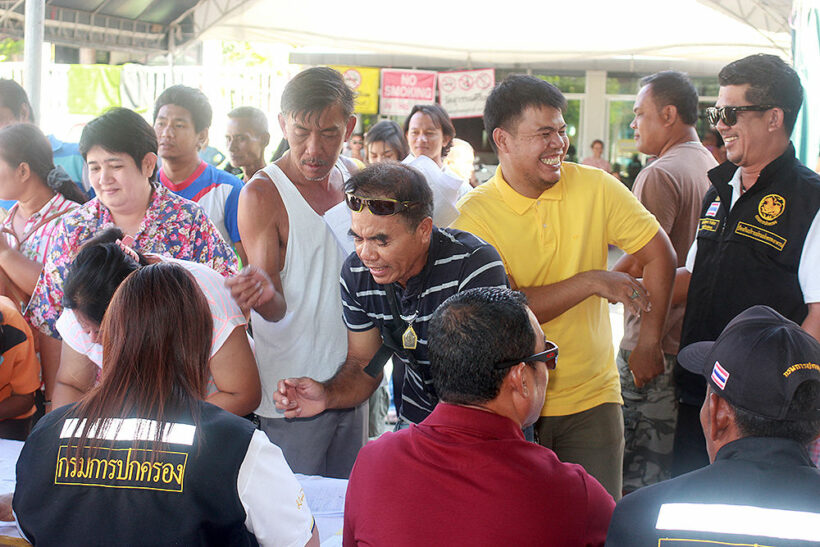 Following the unexpected localised floods around Phuket on October 31, particularly around the Karon area, affecting 400 houses, a group of government officials, local businesses and monks pooled their resources to help the victims.

The money was divided into two parts; the first part is for the group of people who have their names registered in Karon sub-district…

They would receive 5,000 baht from the abbot of Suwan Kirikhet Temple and another 2,000 Baht from the Karon business and hotel entrepreneurs as well as local government officials. The Karon residents received 7,000 Baht per person in total and there were 56 houses that received the money.

The second part was for the group of people who were affected by the flooding but do not have their names included in house registration in Karon, or people who rent a house in Karon. They would receive 2,000 Baht from the abbot and another 2,000 Baht from businesses and hotel entrepreneurs, as well as local government officials.

So they each received 4,000 Baht – there were 67 houses that received the money.

Phra Kru Suwan Thammawinit, the Abbot of Suwan Kirikhet Temple said that during the flood, he saw that a lot of people were in trouble and the temple turned into an emergency help centre. Some victims couldn’t go back to live in their houses so the temple became their temporary shelter.

“We have helped flood victims all around the country as well, using the donations we receive at our temple. This time is different as it happened in our local area.”

“When we saw that the locals needed help, we held a meeting and agreed that we would give 5,000 Baht for the residents and 2,000 Baht for the victims who don’t have their names registered in Karon.”

Another 50,000 Baht donation was received from the Nai Harn Temple head Abbot.