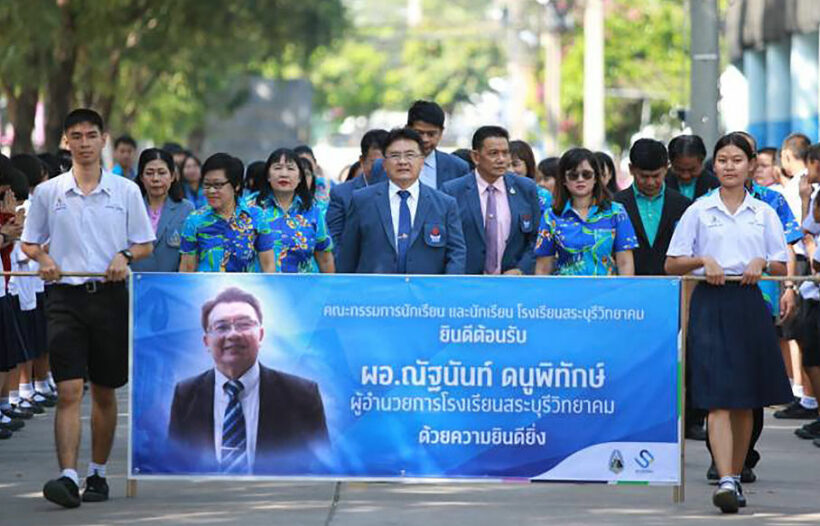 The outgoing director of the Khaeng Khoi School in Thailand’s Saraburi, north of Bangkok, is coming under fire on social media for holding a ‘farewell ceremony’ in which students were made to prostrate themselves in front of him. The photos of the students ‘kowtowing’ to the principal has “denigrated the reputation of the school”, according to parents and other teachers at the school.

The ceremony took place on November 8 as a send-off for the outgoing principal Mr. Natthanan Danupitak. He had been appointed the director of Saraburi Wittayakhom School and organised some ‘farewell ceremonies’ with students. Several pictures of the ceremony were posted online, drawing widespread criticism, before they were finally removed.

One picture shows Mr. Natthanan sitting on a chair in front of the flag pole and a student representative is seen lying prostrate before him after presenting him with a floral garland. Another photo (above) shows the director, accompanied by school executives, walking past lines of students, some holding flags and others holding trays of garlands, as if he’s inspecting a guard of honour. Another photo showed students lying prostrate in the front yard of the school.

Amorn Amornrattananon, an advisor to Deputy Education Minister Khunying Kalaya Sophonpanich and an alumnus of the Saraburi school, wrote in his Facebook Post today that the conduct of the school director was totally unacceptable.

He said that he will find out if such a farewell ceremony was the initiative of the director or the school staff, claiming that it was inappropriate.

Dr. Somkiat Osotsapha, former lecturer at the Faculty of Economics of Chulalongkorn University, wrote an angry post on his Facebook page today, questioning whether the director was thinking he was some sort of a lord, before whom other people had to kowtow.

He accused the director of denigrating the reputation of the school. Instead of holding such a ceremony, he suggested that the new director should have reached out to the students by meeting them in their classrooms. 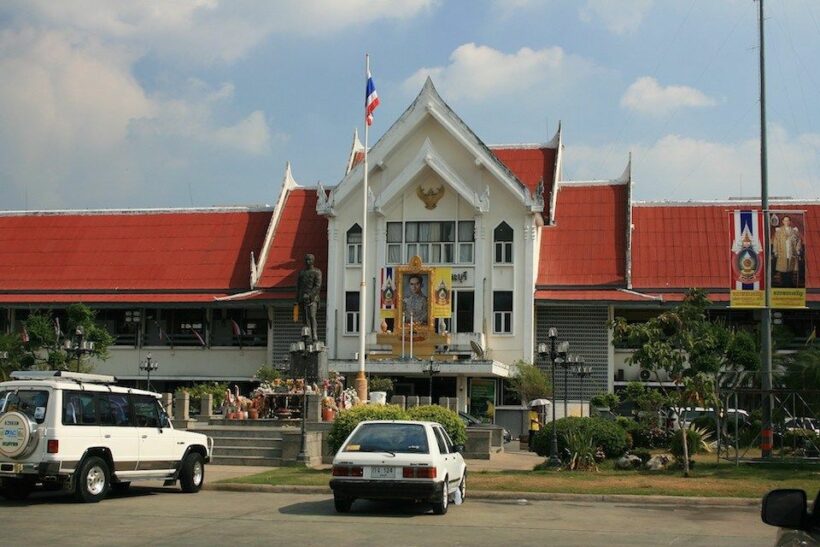