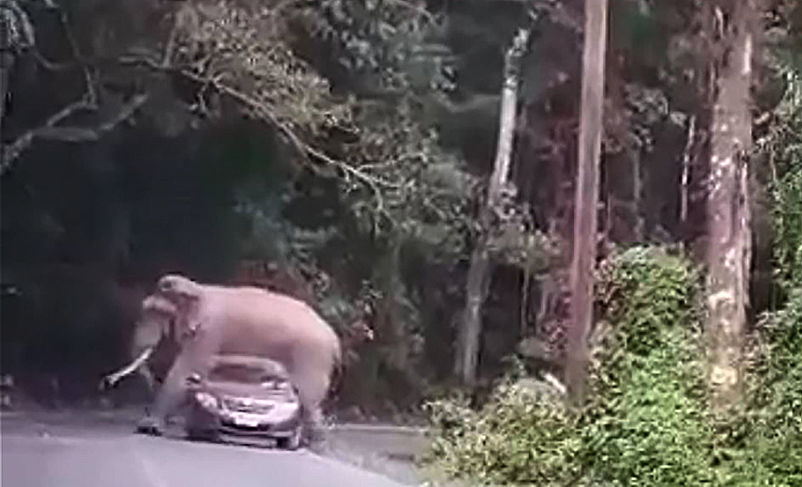 A large bull elephant has attempted to crush a car full of tourists that stopped on a road in Khao Yai national park in Korat (Nakhon Ratchasima), north east of Bangkok, prompting national park staff to remind visitors what they should do if they are confronted by one of the mighty beasts as they drive through.

The 35 year old tusked elephant, was standing beside a car parked on the main road through the park in Pak Chong district yesterday afternoon. The elephant then started leaning on the car before straddling the rear of the vehicle and lowering its weight.

Luckily no one was injured in the incident.

Park staff posted a Facebook message saying that Duea always came out to “say hello” tourists between the wet and cold seasons. The park suggest drivers should stop their vehicles 30 metres away from any elephant, keep the engines on and be ready to “back away if the animal comes closer”, according to the Bangkok Post.

“Don’t stop the car to take photos, because that will pose a danger to you and your vehicle.”