Thai Residents reports that a 74 year old woman has been hospitalised after being struck by a motorbike and knocked to the ground while crossing the road in Lamphun, northern Thailand. The bike did not stop, according to witnesses.

Footage of the incident has been posted on social media by the woman’s granddaughter, who attacked the driver in a Facebook post.

“There is no human decency in you. Before my granny crossed the road she checked, but the motorbike was driving so fast. Were you rushing to die? I don’t know if you’re right or wrong, but you never stopped to see if my granny was okay. Are you still human?”

In the video clip, the elderly woman can be seen standing at the side of the road. It’s understood she was waiting for her granddaughter, whose white car is seen approaching, before it pulls in on the other side of the road.

The older woman is seen checking the road before stepping into it, but a motorbike coming at full speed ploughs into her, knocking her to the ground before continuing on. Her granddaughter is seen racing out of the car to pick her up, with other passersby running to help.

The victim is now recovering in hospital. 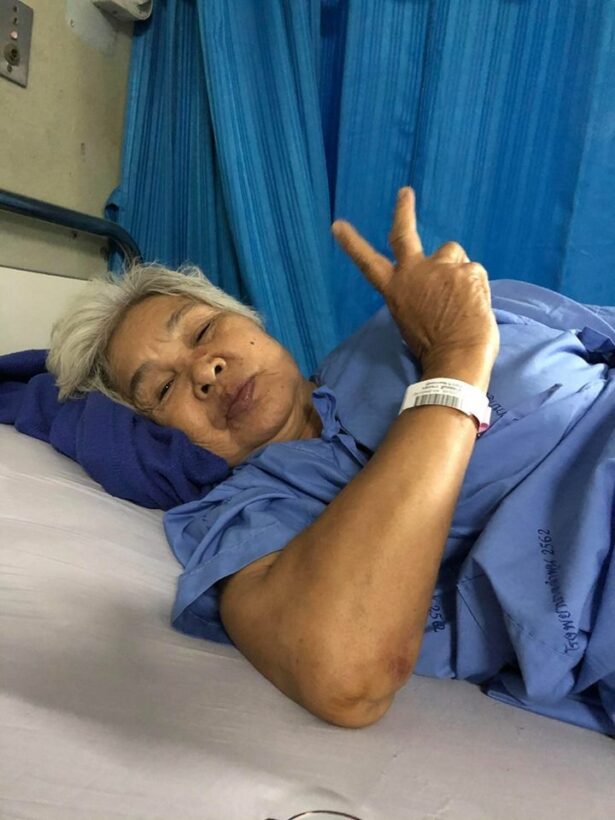