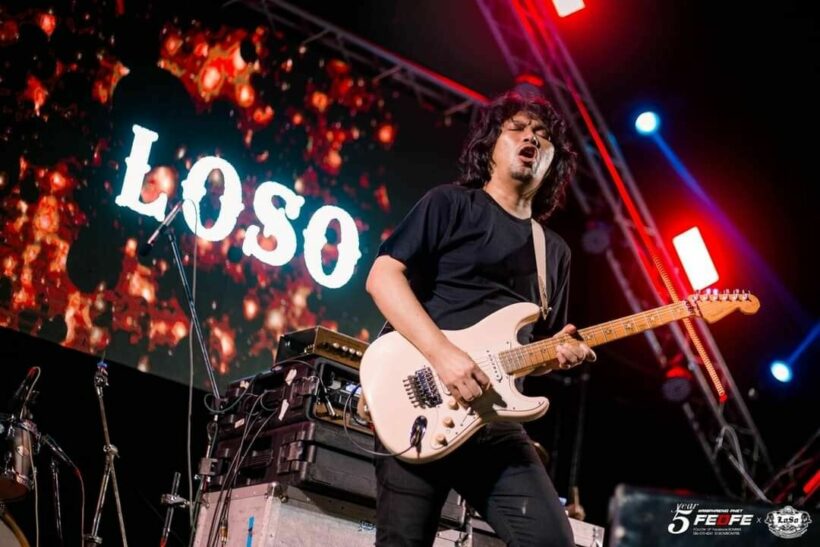 A Thai rock musician is to remain in prison after losing his Supreme Court appeal in which he claimed he was suffering from bipolar disorder. Seksan “Sek Loso” Sookpimay was sentenced to a 42 month prison term, along with community service, for drug abuse, resisting arrest, and threatening police with a firearm following an incident at his home on New Year’s Eve back in 2017. Police say they initially went to his home to reprimand him over live-streaming himself firing a gun into the air during a visit to a temple in Nakhon Si Thammarat after a performance. The court announced the decision today at the Min Buri Criminal Court.

The lower court sentenced him to 2.5 years in jail on 4 counts – resisting arrest, threatening police with a gun, unlicensed possession of a firearm, and drug abuse. The Appeal Court upheld the lower court’s judgement, but reduced the sentence for Seksan’s illegal arms possession from 5 months to 3 months. The other sentences remained the same in length.

Then, the court added the new sentence to an already imposed jail term of 1 year and 3 months over another case, when Seksan physically assaulted a close aide of his then ex-wife, Wiphakorn “Karn” Sookpimay.  The couple later remarried.

Today, on his Facebook page, the rocker’s wife Wiphakorn, posted a photo of herself and her husband, and a message saying she would meet with the press later after all court procedures were completed. She stated that she was too busy to meet now but thanked fan club members for their concerns. Previously the rocker called on youngsters and his fans to have self-restraint during any provocative event and be cautious when posting comments in the social media.” Sek Loso was the former lead singer, guitarist, and primary songwriter for the Thai rock band named Loso.