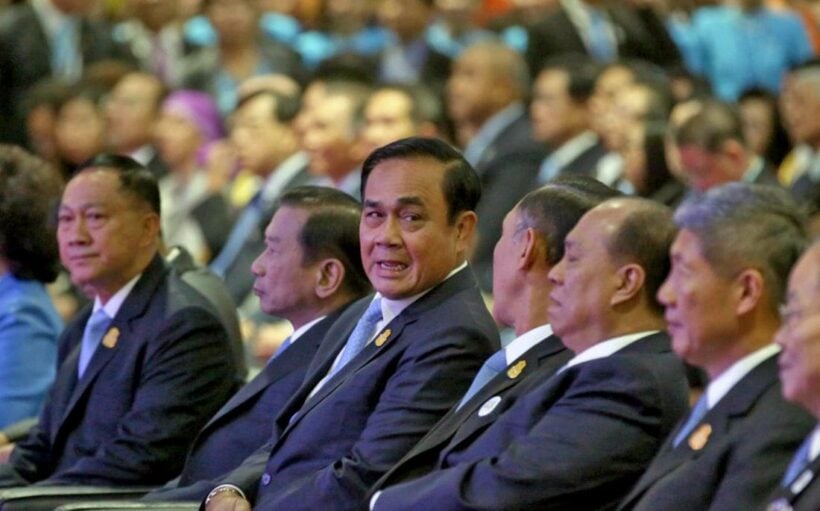 Thai PM Prayut Chan-o-cha has formally accepted an invitation to stand as prime minister candidate for the Palang Pracharath Party. The announcement has been expected for weeks.

Gen Prayut, head of the NCPO, and PM since the 2014 coup announced his decision in a message to the Thai this morning.

He made a plea for the ‘status quo’ saying that “violent political conflict and disunity had plagued the country, stalled national development and affected people’s lives, democracy-based law enforcement and the exercise of administrative, legislative and judicial power for over a decade.”

He claimed that the NCPO and his un-elected government had “solved the situation and restored national order and peace, and brought national and economic development, political stability and a peaceful life for the people.”

“There had been an unprecedented and critical deadlock in the country and no way out could be foreseen at that time.”

PM Prayut says he carefully considered the invitation and policies of the Palang Pracharath Party and whether they could build on what the NCPO had done for the country, before accepting the invitation.

“I am a person who is ready to sacrifice my life to protect the nation and I am confident and determined that I can join forces with fellow people to develop our country, to move forward with peace and unity and without any more social conflict.”

Meanwhile, completely over-shadowing his candidacy today , Princess Ubolratana Mahidol, the eldest child of the late King Bhumibol, and the older sister of the current King of Thailand, has been nominated by the Thai Raksa Chart party.

Her nomination as a Prime Ministerial candidate for a party, previously with ties to the Shinawatra family, has thrown the field wide open and will completely change the dynamics of the campaign leading up to the March 24 poll.

Read about her candidacy announcement HERE.

“Compassion for the people” Thai Raksa Chart of Princess Ubolratana