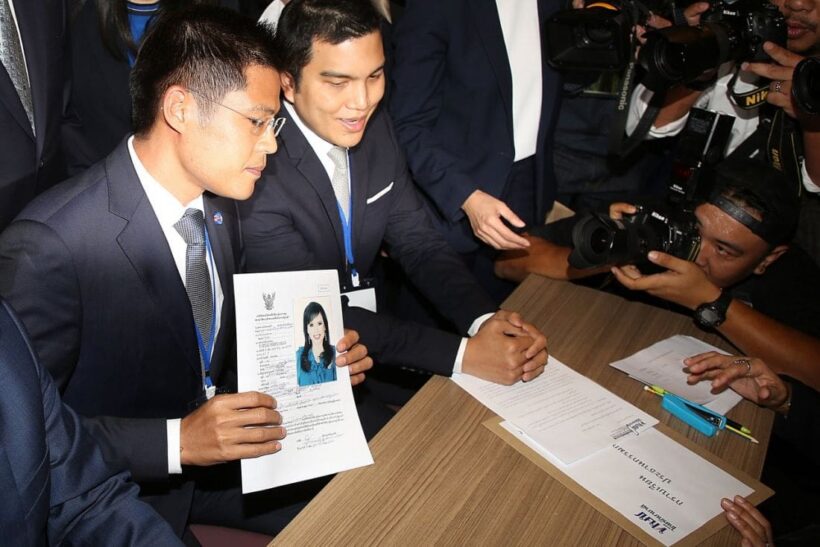 PHOTO: The announcement this morning by the Thai Raksa Chart Party threw a political bombshell into the campaign – The Nation

A leader of the People’s Reform Party has put in an urgent request for the Election Commission to rule whether the nomination of His Majesty the King’s eldest sister as a candidate for prime minister in the forthcoming election breached electoral laws.

Paiboon Nititawan says the Thai Raksa Chart Party’s nomination of Princess Ubolratana could violate a law preventing political parties from relying on the monarchy in their campaigning.

Princess Ubolratana relinquished her royal status in 1972 after marrying an American but returned to Thailand in 2001 after divorcing her husband and returned to public life.

Thai Raksa Chart is allied to former PM Thaksin Shinawatra, who has remained politically active since being ousted in the 2006 coup.

Thai Raksa Chart Party leader Preechaphol Pongpanit says the nomination adhered to constitutional rules and that the Princess’ candidacy would only become official after the EC verifies her eligibility.

Paiboon of the People’s Reform Party asked the EC to deliberate urgently, claiming that a key passage of the Constitution, placing the monarchy above politics and remaining politically neutral.

In an apparent reference to the Princess having relinquished her royal title, Paiboon said the monarchy was not based on title but rather on birth.

“Today I came here only to ask for the EC to investigate the Thai Raksa Chart party,” said Paiboon.