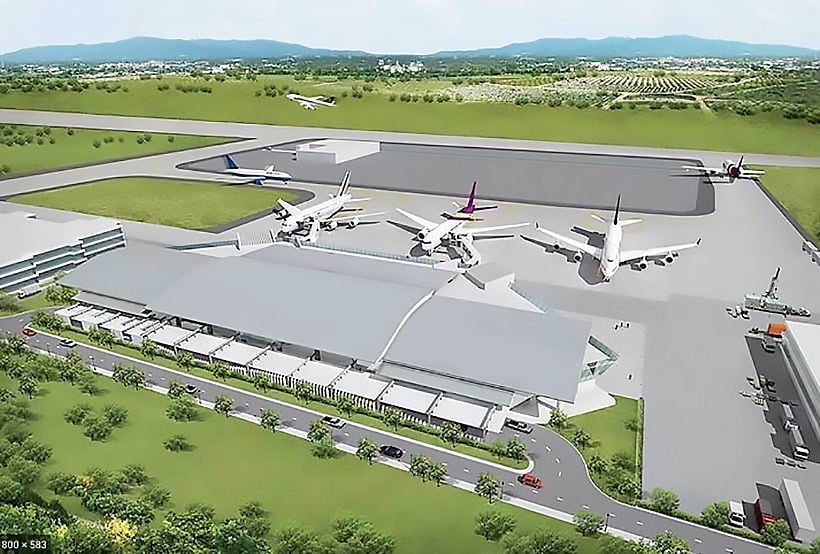 U-Tapao Rayong-Pattaya International airport is going ahead with its proposed Maintenance, Repair and Overhaul project, despite Thai Airways entering bankruptcy, according to the secretary general of the Eastern Economic Corridor Office. The 11 billion baht project to has already been approved by the Cabinet and a contract is expected to be signed in June.

“In early June, project owner the Royal Thai Navy will sign a contract with bid winner BBS Joint Venture, which comprises BTS Group Holdings, Bangkok Airways and Sino-Thai Engineering and Construction. Meanwhile, the Aeropolis development project in a 30 kilometre radius around the airport was awarded to Narita International Airport Corporation, and is expected to be complete by 2023, coinciding with the opening of the MRO facility.”

There was wide speculation that the MRO project would be delayed after European aerospace giant Airbus withdrew from the joint venture. The Covid-19 outbreak and Thai Airways’ recently announced bankruptcy did little to assuage those fears. But the secretary-general says “the MRO project will proceed as planned as it is a part of government’s mega-project to develop the Eastern Economic Corridor.”

“Airbus pulling out of the joint venture is not a problem, as 4 or 5 companies have reached out to the EECO expressing their interest in the project.”

The EECO also estimates that when the Covid-19 outbreak is over, air transport of goods will recover within a year and a half, although they estimate that passenger travel will take 2 years to return to normal.

“Therefore, the outbreak should not affect the project’s time frame, which is scheduled to be completed within 2023.”

The project is forecast to generate 15,600 jobs annually for the first 5 years and total revenues estimated at 1.3 trillion baht throughout the 50 year term of the contract.

Foreigner handing out cash in Pattaya robbed of more than 10,000 baht – VIDEO