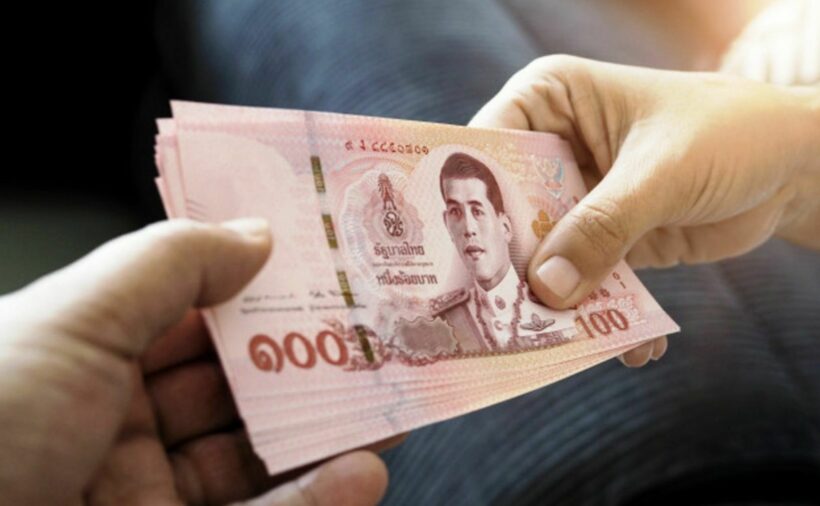 The Thai baht is forecast to droop to a 4-year low over the next trading week, and its largest monthly currency drop for over 20 years. The Baht’s challenges shadow US dollar gains over concerns about the US Fed’s (US Federal Reserve) ‘tapering’ plans as it reins in enthusiastic stimulus of the US economy.

Thailand’s baht has been the region’s worst-performing currency over 2021, dropping over 11% in value against the USD. The US dollar is now close to a one-year high as investors worry that the US Fed could start pushing up interest rates during the next 12 months.

For its part, the Bank of Thailand has responded this week by leaving its policy rate unchanged despite Thailand’s tourism-dependant economy being ravaged by the government’s closed borders.

According to Reuters, Thailand’s central bank says its economy remains “extremely fragile” and has a “very limited capacity to withstand further shocks due to high external dependence amid the pandemic”.

GRAPH: Progress of the USD v THB over the past year – xe.com

Thai tourism authorities are hoping the depressed Baht may help the afflicted local tourist industry and encourage potential tourists to choose Thailand as their next holiday destination.

Southeast Asian currencies are now on track for their worst October since March 2020, when the region was still recovering from the 1997 Asian Financial Crisis.

Now it’s predicted that the USD will continue to strengthen and push Southeast Asian currencies if the US Fed continues to moderate its pandemic-era spending.

Asian equities followed the Wall Street lead sharply lower but bonds rallied in end-of-week trading as risk sentiment soured amid growing worries over persistent inflation, even as world markets emerge from the latest surges of Covid-19.

Chinese markets are now closed from yesterday for the Golden Week holiday, a mass movement of Chinese as they head home for traditional holidays.

Fester
7 hours ago, Soidog said: This all feels a little like 1997 all over again. Strong baht and then suddenly you wake up and it’s 100 baht to the GBP. Get ready to transfer all you can should that happen…

ThailandRyan
Speculators have now entered the game and caused the baht to strengthen then weaken and then strengthen and so on against the US Dollar in the last 3 days. You can see how its bouncing all over the place. https://www.xe.com/currencycharts/?from=USD&to=THB&view=1W

riclag
I think it reacts to the current news at times , perfect example ” Thailand is opening up to tourists from… “ !