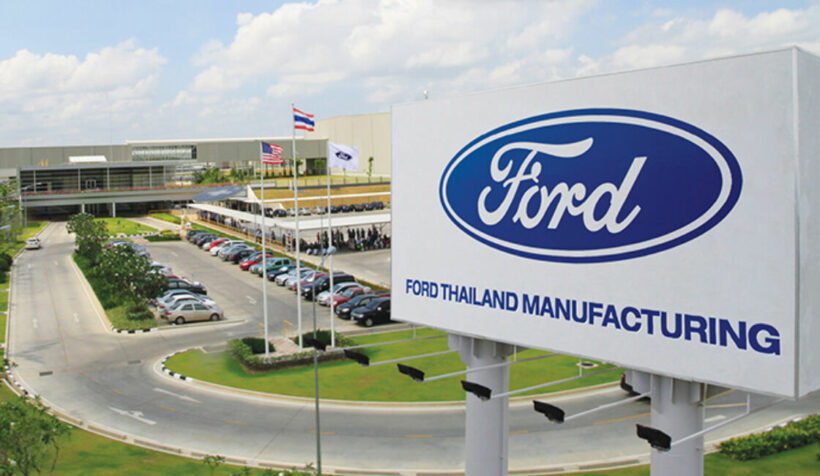 PHOTO: Ford factories in Thailand are receiving a $900m upgrade. (via MMThailand)

In an announcement today, Ford Motor Company committed to investing US $900 million – about 30 billion baht – to upgrade their factories in Thailand. The American car manufacturer vowed to modernise its production plants in Thailand that support the building of the Everest SUV and Ranger pickup truck.

The 30 billion baht is the biggest single investment that Ford has ever made in Thailand. Ford will invest the money through their manufacturing plant as well as with their joint venture with Mazda Corporation in Japan, called AutoAlliance Thailand.

The big investment would pump just under half of the money – about US $400 million – into the supply chain network. The money would also create about 1,250 new jobs at the Ford Motor factories.

Investment in Thailand’s auto industry has grown it to be the fourth-biggest hub for assembly and export of automobiles in Asia. The automotive industry now accounts for around 10% of manufacturing jobs and Thailands gross domestic product.

Thailand is the home of factories not just from Ford Motors, but also automotive heavyweights Honda and Toyota. General Motors had factories in the kingdom as well, but last year they sold them to Great Wall Motor, a Chinese car manufacturer.

Great Wall Motor is producing SUVs in Thailand, but have also used their factories in the country to produce electric vehicles. Thailand has focused recently on the goal of becoming a hub in Southeast Asia for the production of electric vehicles and recently PTT Plc, the state-owned energy firm, pledged to cooperate with Foxconn of Taiwan and to invest between 1 and 2 billion US dollars in building a new plant to manufacture electric cars.

Police track down suspect in human trafficking case in Narathiwat