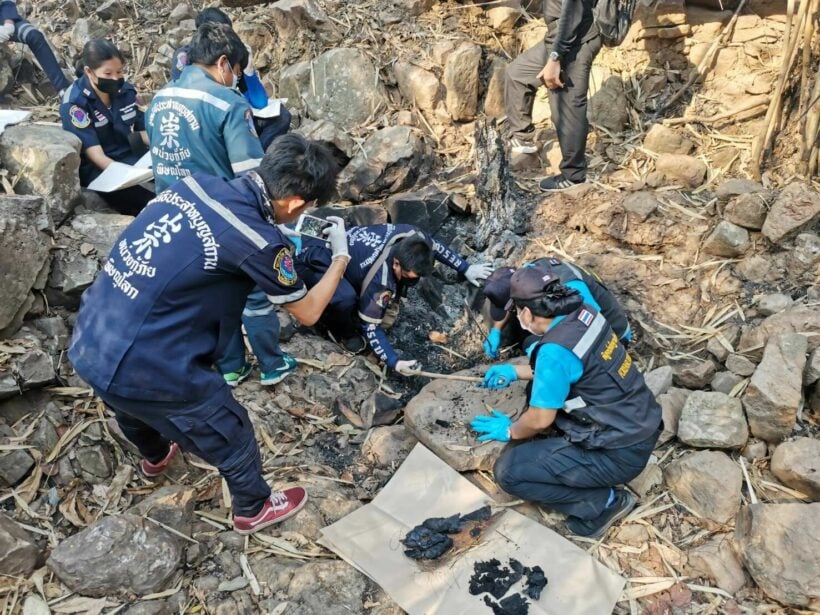 The charred remains of a 19 year old woman was found near a rubber plantation in Phitsanulok, a province in northern Thailand. Police say the woman’s 18 year old boyfriend, a murder suspect, turned himself in.

Jularat Kongkaew was reported missing on February 27. She had left her home the previous afternoon with her boyfriend, a Mathayom 6 student (equivalent to a high school senior), who said he was taking Jularat to see a doctor, according to Jularat’s mother.

Police received a report about the remains of a woman’s body in the Ban Muang Hom district at around 7am yesterday. Along with the charred remains of Jularat’s body, investigators found 3 burned car tyres.

After the remains were found, the victim’s boyfriend turned himself in to the Kaeng Sopha police.