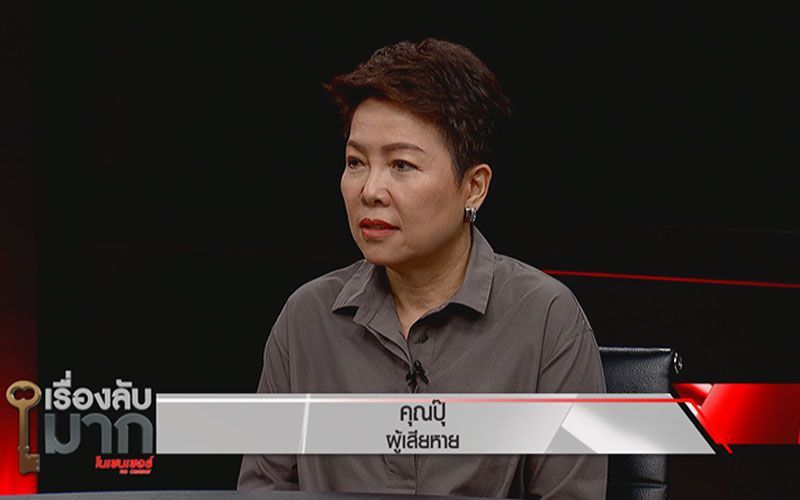 A woman on the TV show “No Censor” says she unknowingly sent money at least 70 times to whom she believes is her husband’s lover. Her transfers add up to 14 million baht. She has filed a complaint with the Crime Suppression Division, but she also warns the show’s viewers that she believes the scammer is doing the same thing to other families.

On the talk show, the woman, known as Pu, says her husband is a government official and they’ve been married for 30 years. Her husband met a woman named Amy at a conference in Surat Thani. Pu says she believes Amy used her husband’s phone, or phone number, to text her asking for money.

“I didn’t know Amy was using my husband’s phone. He texted me saying that he felt sorry and wanted to talk after not returning home for months… He wanted to talk, but couldn’t call and could only text. He needed some funds as he owes some people money.”

Pu says she received many more texts from her husband’s number asking for money with more excuses. She sent money to 7 different bank accounts. She transferred money about 70 different times. She says she even got low on money and had to borrow money from her friends. Pu says she just wanted her husband to be able to come back home.

“I admit I am stupid, this is not all my money, that’s why I came to the CSD because I had borrowed from my friends.”