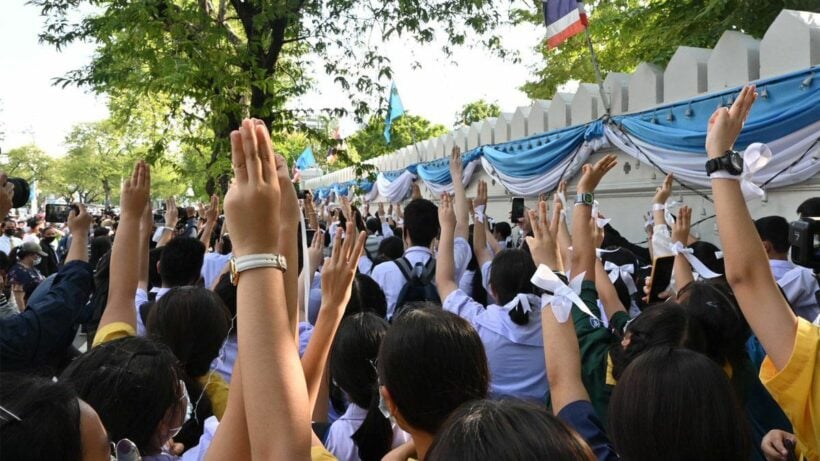 “The students are concerned about their future which is a good thing.”

Hundreds of self-called “bad students” gathered in front of the Ministry of Education in Bangkok voicing concerns over free speech after they were reprimanded earlier this week for expressing their political beliefs during a morning flag ceremony.

An 18 year old student and leader of the “Bad Students” group says the education minister should resign if he can’t meet their demands. Education Minister Nataphol Teepsuwan sat in the crowd to listen to what the students had to say. Some students blew whistles at him, mocking his involvement as a leader in the People’s Democratic Reform Committee, an anti-democracy group known for “whistle mob” protests in 2014.

Teepsuwan tied a white ribbon to his wrist to show his support for free speech. He says the students should be allowed to express their political beliefs at school, but protests should be done lawfully. He says he plans for schools across the country to hold student councils for open discussions on political beliefs.

Some students reported harassment from teachers and administrators after Monday’s flag ceremony protests. Police were called in by some administrators and officers confiscated white ribbons from some students. Student activists say the ministry has done nothing to condemn the harassment they faced, but Teepsuwan says in the future, there should be no problems as long as the students are protesting peacefully.