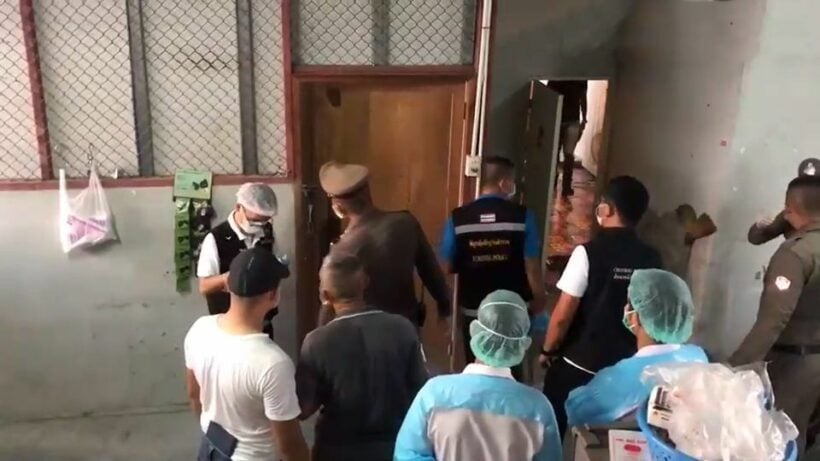 Police in Chon Buri province are hunting a suspect who allegedly stabbed his wife and her sister to death in  the central province’s Panthong District yesterday. Panthong police were notified of the incident, at a shrimp fishing pond on Panthong-Baankhao Road, at 6:30pm.

Police arriving at the pond and adjacent home found it locked. They broke the bedroom door to find the  bodies of 53 year old Duangkamon Jampa, the wife of the prime suspect, and her sister, identified only as “Kung.” Both had multiple stab wounds.

Police believe that they were dead at least two days before their bodies were found.

She told reporters that for the last two days she had been unable to contact her father by phone. She came to the shop to find the door locked and, notising a foul smell, she called police.

Her father had also left a farewell letter to his daughter in the room. Police are hunting for the suspect. This is the second domestic murder in a single day in Chon Buri. Also yesterday, a husband allegedly shot his wife to death in Pattaya in a jealous rage.

Police of the Bang Lamung district were notified of the incident at a house in Takean Tia at 1:30pm.

Police, emergency and The Pattaya News arrived at the scene to find the body of 50 year old Sunan Saptasaewee in a bedroom. A bullet wound was found in her skull. Police believe she was dead for at least 10 hours before her body was discovered. Witnesses told police that Sunan and her husband, identified only as “Sutin,” argued about allegations of cheating. They say Sutin shot Sunan before speeding away.