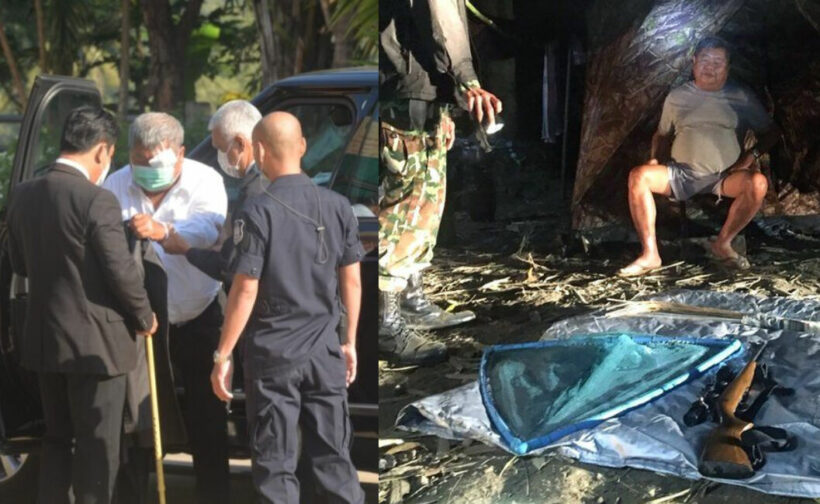 PHOTO: Premchai Karnasuta was sentenced to over 3 years in jail for poaching. (via Thai Newsroom)

Thailand’s construction tycoon Premchai Karnasuta was sentenced to 3 years and 2 months in jail without parole by the Supreme Court today for poaching and hunting a black panther in Thung Yai Naresuan Wildlife Sanctuary in Kanchanaburi in February 2018.

The Office of the Attorney General rushed out the announcement earlier so hurriedly that it underreported the sentencing of Premchai and Yong Dodkrua and Thanee Thummat, two of Premchai’s accomplices. The original report subtracted 8 months from each sentence mistakenly believing that a revision of the Wild Animal Preservation and Protection Act 2 years ago would reduce their sentences, but it does not.

Many people were following the verdicts intently since they would have an impact on the equality of Thai society.

In 2019, the Italian-Thai Development CEO acknowledged the charge and had received a lowered sentence from the earlier conviction as a result of the construction tycoon acknowledging the charge. The original charges were said to have later been halved owing to his confession.

Now Premchai was also sentenced by the court to pay a sum of 2 million baht in compensation. He was also charged with corruption for trying to bribe a forest ranger who caught him with a group of hunters.

Premchai was in possession of two hunting rifles and another handmade one when he was apprehended.

ozvenision
That only took 4 years and he was hunting. Would be good to see the Red Bull heir sorted for killing a human!
Disenfranchised
"can live with people hunting for food and eating what they kill; we are carnivores, after all. However, hunting for sport or for collecting trophies is just evil." Not true, the panther is a carnivore, humans are omnivores. Much like rats, we…
HiuMak
13 hours ago, Thaiger said: Thailand’s construction tycoon Premchai Karnasuta was sentenced to 3 years and 2 months in jail without parole by the Supreme Court today for poaching and hunting a black panther in Thung Yai Naresuan Wildlife Sanctuary…

gummy
11 minutes ago, HiuMak said: Did he offend people high up? usually he would be able to get off as a tycoon. Perhaps the "birthday present" was not sufficient ?