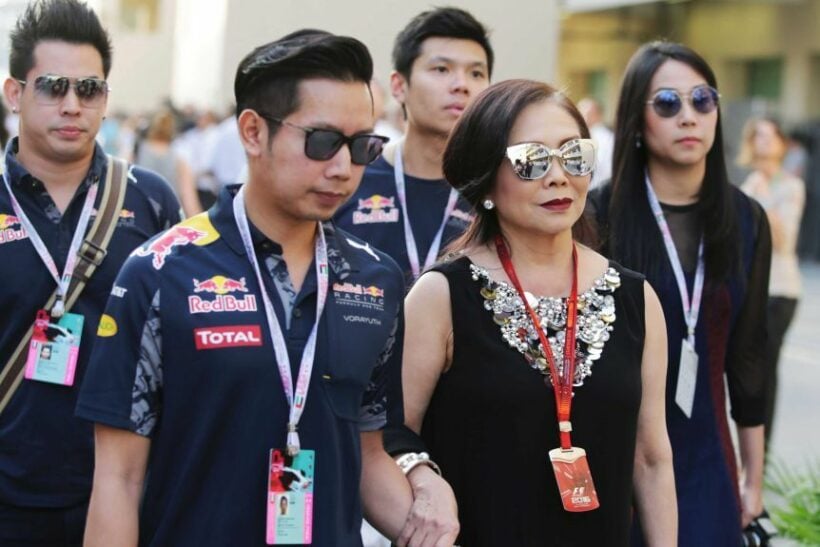 Nothing has been done to Red Bull heir Vorayuth “Boss” Yoovidhya who crashed his Ferrari into an officer and killing him back in 2012 and then speeding off.  Now anti-corruption officials are saying that officers investigating the fatal hit-and-run accident neglected to fulfil their duties.

An investigation by the National Anti-Corruption Commission found intention to exempt Yoovidhya from prosecution on charges of of drug abuse and speeding. Forensic police say he was driving 177 kilometres per hour when he hit the officer on Bangkok’s Sukhumvit Road. The officer’s body was dragged under the car before Yoovidhya sped off.

His hearing was delayed 7 times, and in 2017 he was charged with reckless driving causing death and failing to help a crash victim. He fled on a private plane just 2 days before he was supposed to face the charges. He’s been on the run since, but has been seen at public sporting events and other places overseas. including being photographed in London. The media have been able to find him but not, it appears, the Thai police. While his charges of speeding and failing to stop and help a crash victim have expired, the charge for reckless driving causing death does not expire until 2027.

A number of officers could face disciplinary action. The NACC is handing over their findings to the the officers’ supervisors.  The NACC investigation found chief interrogator at Thong Lor Police Wiradol Thabthimdee accountable for “mild malfeasance”. NACC says 4 officers failed to seek an arrest warrant… Wiradol, along with former chief of the station Chumphol Phumphuang as well as the station’s interrogators Samrit Ketyam and Wibul Thinwatanakul.

The NACC says 3 officers failed to guarantee a thorough investigation and interrogation in the case. The former commander of the Metropolitan Police Division 5 Krit Piakaew and the division’s former deputy commanders Sukhun Phrommai and Tramet Uthai.

Yoovidhya was 27 at the time of the accident. His family co-owns the energy drink brand Red Bull and he is the son of Chalerm Yoovidhya who ranks second on Thailand’s rich list with a net worth of US$20 billion.