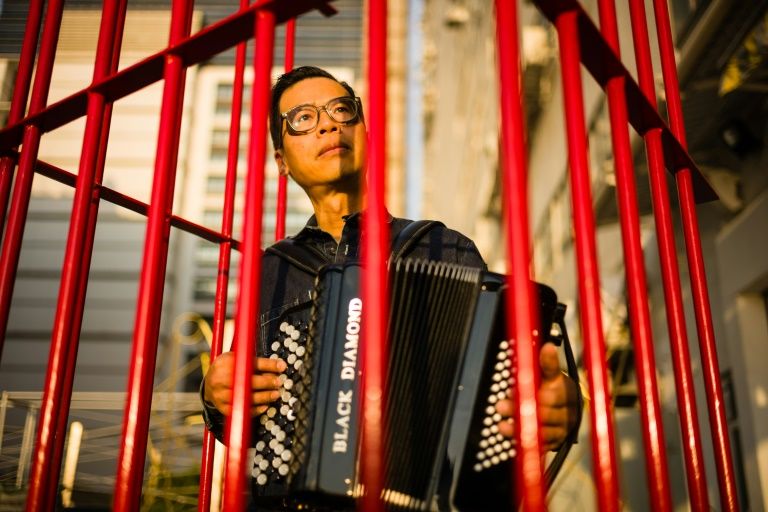 A pro-democracy Hong Kong documentary saw a scene removed after a new law criminalized anything that is seen as “insulting” China’s national anthem. The director of the documentary, Evans Chan, says he had to delete the scene which featured an artist playing the national anthem, which reveals how the new law is already censoring artistic creativity.

Hong Kong is considered a semi-autonomous region with many angered about Beijing’s hold over the city. The documentary called “We Have Boots” is being produced by a Hong Kong native who is based in the US who says the deleted scene will be only for the Hong Kong edition of the film. The scene labelled “The Patriot,” featured a local artist playing China’s national anthem while sitting inside a red metal cage.

The new law forbids insulting or changing China’s national anthem with up to three years in jail and a fine for those found guilty. Those criticizing the law say the “One Country, Two Systems” agreement between mainland China and formerly British ruled Hong Kong seems to be increasingly void.

China is also reportedly set to impose a separate national security law targeting subversion, secession, terrorism and colluding with foreigners. Officials say the new law will restore stability after violent pro-democracy protests as it will only target a few who have extremist views.

But those opposing such laws say they fear Hong Kong will start looking more like the mainland as censorship could be mainstreamed with the recent documentary being an example. Chan echoed many others’ fears by saying he wasn’t sure if the documentary would even be allowed to be screened after the new law is enacted.

The security law reportedly could be passed as early as next week as a meeting this Sunday could set it in motion.