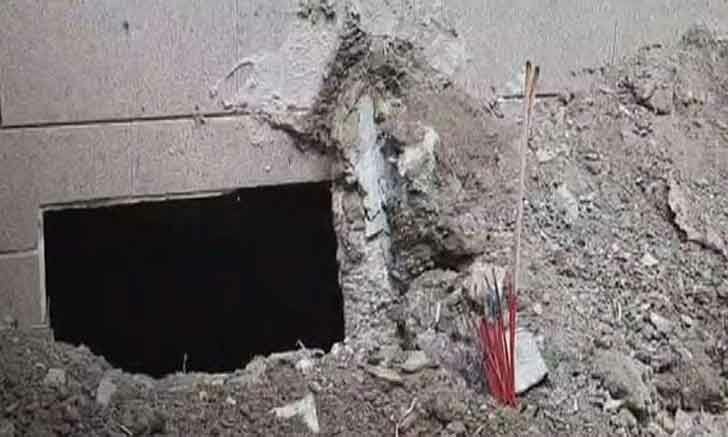 Police have opened a murder investigation after the remains of a 42 year old building contractor were found under a home he was doing construction on. The man’s face was severely injured and his skull cracked open, police say. The body had been stripped down to the underwear and wrapped in a curtain. The body was decaying and officers suspect he died a week or so before his body was found.

The man was identified as Sittichoke, also known as “Chang Son” meaning “repairman’s son.” Bang Sao Police in western Bangkok found his decaying body last Friday under a home in Taling Chan. His brother 40 year old Suwit said Sittichoke is from Krabi and would call his relatives in his hometown almost every day. The last they heard from Sittichoke was on July 8. They reported him missing a week later on July 15 to Bang Sao Police and told officers Sittichoke had been working on a home in Taling Chan.

When officers were first dispatched to the house, they noticed a bad odour but did not find Sittichoke’s body. The family asked officers to search the house again after a fortune teller, known in Thai as a “mor duu,” told them the body was buried at the home. The next day, police returned to the house and noticed the smell had gotten worse and flies were buzzing around the home. Police used a sledgehammer to break through the concrete and found the body.

Officers reviewed surveillance camera footage and say 2 men that they suspect are co-workers named Rung and Pong, woke up Sittchoke and invited him to drink with them at around 10pm on July 8. Officers suspect 2 other men were also involved.

No surveillance cameras were in the area where the men were drinking. Video footage shows Rung and Pong leaving the home the next morning. Police say they went to Chiang Rai. According to the Thai media outlet Sanook, police suspect Sittichoke was killed by a Thai Yai hill tribesman who is still at large. 3 men have been detained and police suspect 2 of them helped conceal the body.

gummy
16 minutes ago, Thaiger said: Police have opened a murder investigation after the remains of a 42 year old building contractor were found under a home he was doing construction on. The man’s face was severely injured and his skull…
PatrickSatoLee
"The family asked officers to search the house again after a fortune teller, known in Thai as a “mor duu,” told them the body was buried at the home. " Wow . . . this 'mor duu' really works ?