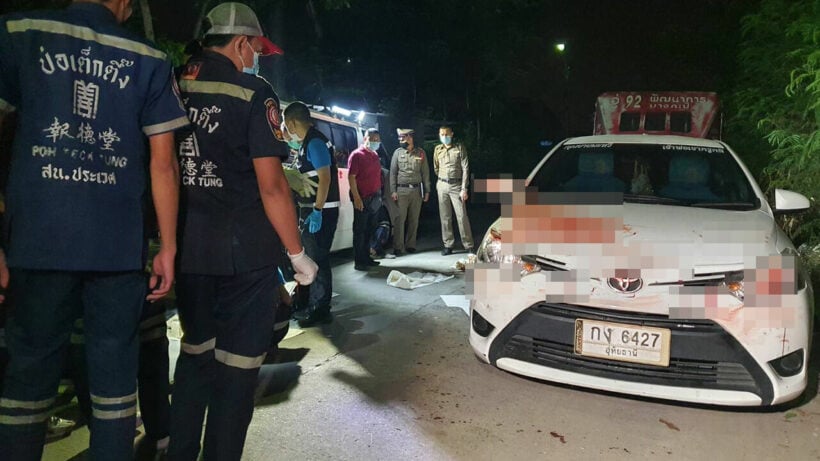 Police in Bangkok have launched a murder investigation after the body of a Thai boxer was found covered in blood in the city’s On Nut area. His throat was slit. Photos of the crime scene show blood splattered and smeared across the hood of a white Toyota Vios.

Around 10pm Sunday night, local residents heard screams and called police. The body of the 46 year old boxer, known as Wichan Noi Jep Yao, was found covered in blood. He had no shirt or shoes. Reports say a pair of underwear was found near the body. Dried bloodstains were all around the car and in the back seat. No weapons were found at the scene.

Wichan was a boxing instructor at the Rama 2 camp, according to the Thai media outlet Sanook. Reports say the boxer travelled from Suphan Buri to Bangkok for business. Police are still investigating.