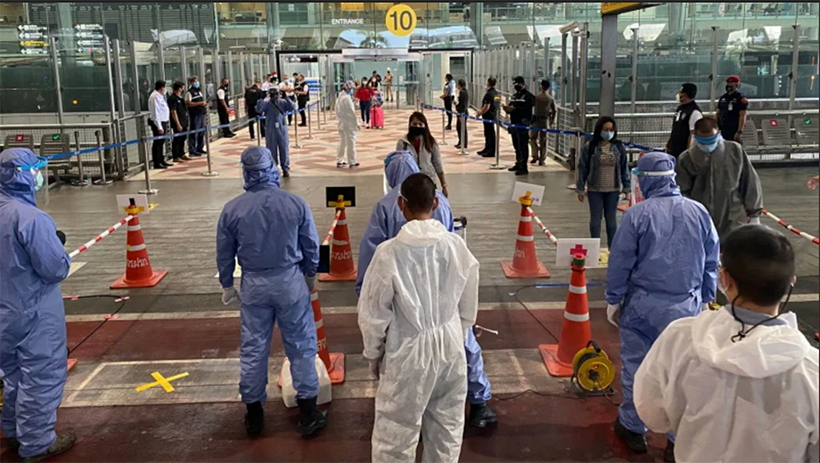 The Centre for Covid-19 Situation Administration this morning announced 8 new Covid-19 cases over the previous 24 hour period. All were returnees from abroad in state quarantine, and there has been no domestically transmitted cases for 13 days, Dr Panprapa Yongtrakul, deputy CCSA spokeswoman reported.

The total number of Covid-19 patients stands at 3,112 since the outbreak – 2444 domestic cases and 668 from overseas. Of the new cases, 5 (4 female and 1 male) had returned from the United Arab Emirates and are in state quarantine in Bangkok; 2 men had returned from Kuwait and are under medical care in Samut Prakarn. A 52 year old man who returned from India was found to be coughing and with fever at the airport’s screening booth. He was later admitted to hospital in Samut Prakarn. 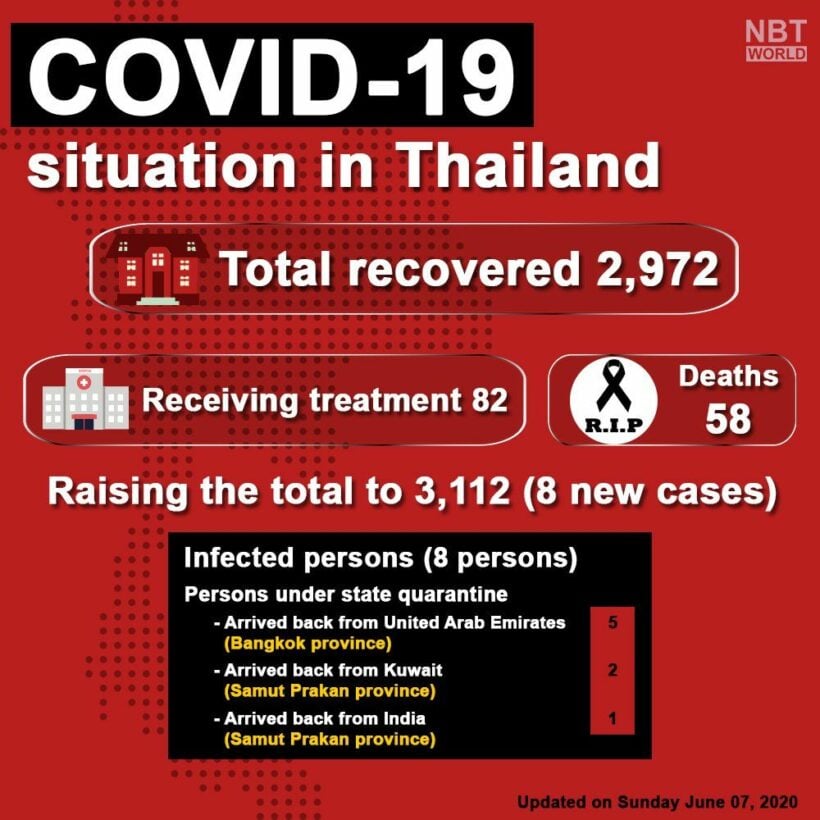 As of today, just 82 people are still under treatment nationwide, 2,972 have recovered and been discharged, and there have been 58 deaths. The recovery rate is about 95.5%

Thailand could mark 2 weeks without a single new locally transmitted case tomorrow, but Dr Panprapa called for no complacency, saying people cannot be confirmed virus-free until after 28 days.

The CCSA will soon introduce guidelines for high-risk businesses to prevent a virus rebound. Businesses like daycare centres and nightlife venues such as pubs and bars are scheduled for reopening in the next stage in the progressive easing of control measures.

Globally, the total number has surpassed 7 million confirmed cases, increasing by 130,000, and almost 400,000 deaths. Thailand ranked 81st among countries with the most number of cases. 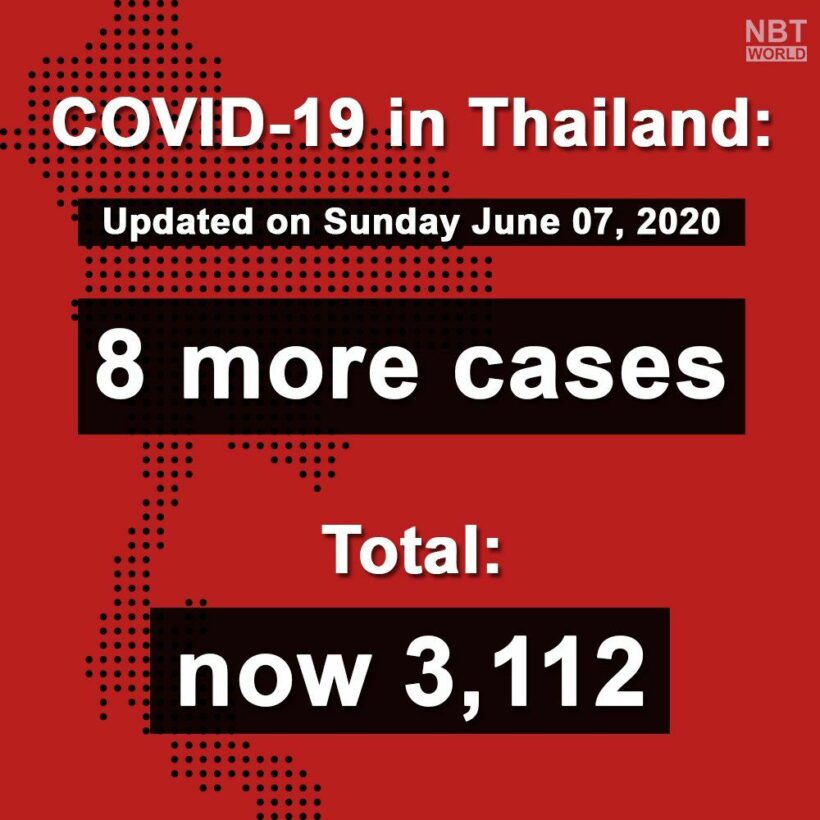 Heavy rains, severe weather predicted for the south and east