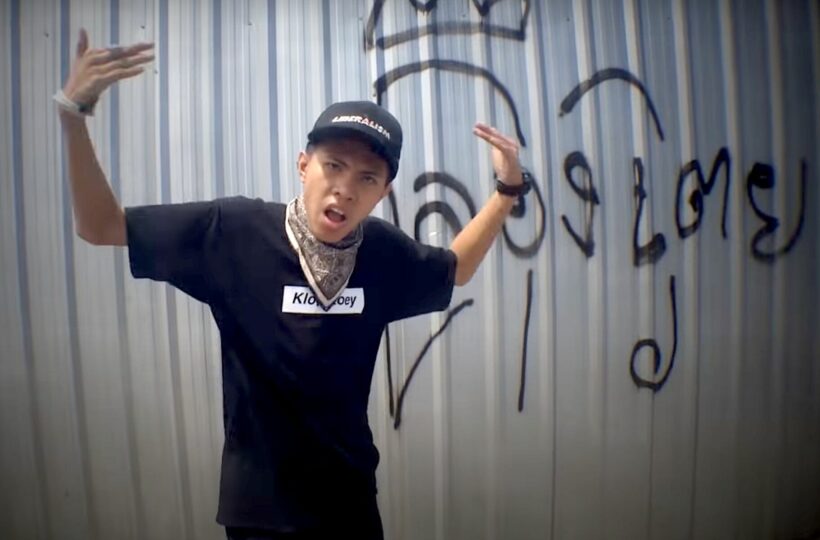 The Thai rapper known as "Eleven Finger" performs in an MV for his song "KHLONGTOEY My City" in 2018.

Police have arrested 7 youths suspected for involvement in the throwing of a cherry bomb on Sunday at the home of Thailand Prime Minster Prayut Chan-o-cha, whose permanent residence is located on the grounds of the First Infantry Regiment of the Royal Guards on Vibhavadi Road in Bangkok. Police say that CCTV footage from around the military barracks helped them track down the suspects.

Among the arrested youth is rapper Thanayut Na Ayutthaya, 22 — aka “Eleven Finger” — and his girlfriend, as well as a 15 year old boy. All three were detained by police, who raided an apartment in Din Daeng where they were staying in the wake of Sunday night’s explosion.

In the apartment, which reportedly is being rented by the young rapper, police say they confiscated various firecrackers and cherry bombs. Thanayut has so far denied throwing he bomb, though he conceded to police that he had in fact driven past the army barracks with his girlfriend on Sunday night.

Elsewhere, police in Nakhon Nayok province arrested another two tying people and transported them for questioning at Bang Sue police station, while up north in Phitsanuloke province, another suspect surrendered to police and was also taken to the police station in Bang Sue.

Argument between Bangkok ‘Win’ drivers ends in a fatal shooting