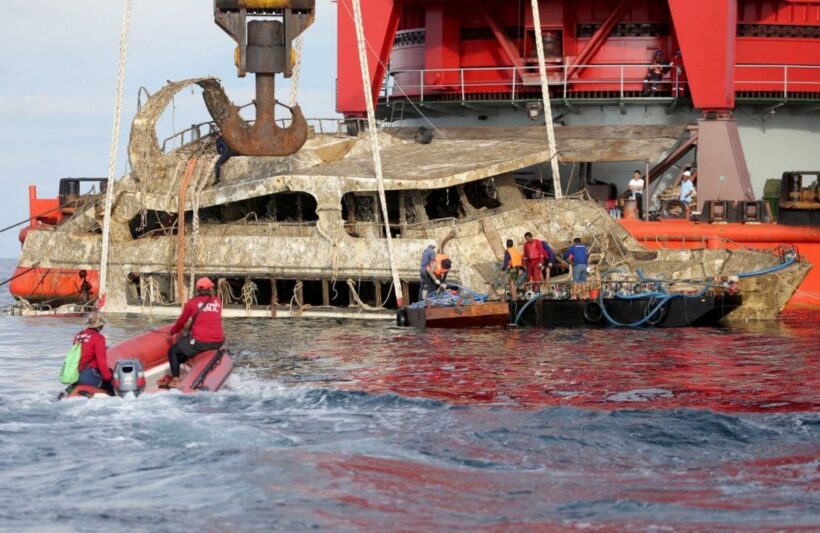 Last month’s auction to sell Phoenix, the tour boat that capsized causing the drowning of 47 Chinese tourists on July 5 last year, has failed to secure a buyer. Meanwhile the cursed vessel sits gathering dust and accumulating storage fees of 100,000 baht per month at the Rassada boat yard in Phuket.

The boat went up for auction last month at a starting price of 900,000 baht but, not surprisingly, the offer didn’t attract any interest. Investigations into the vessel’s sea-worthiness have already declared that major modification will have to be made for it to gain a certificate for operation.

The Thaiger also notes that Asian cultures have an aversion to ghosts, and with 47 lost souls on Phoenix after the boat sank, any buyer will have to cope with a major refit as well as the more difficult PR exercise before anyone would ever step foot on her decks again.

Authorities believe the boat may be sold to a foreign company and used as a private boat rather than for tour operations in the future. They also speculate it could be harvested for spare parts on another boat in the future.

Phoenix was seized during the investigation into the vessel’s sinking when it was found that a Thai shelf company had been used as a legal ‘shop-front’ for Chinese owners who had funded the boat’s construction.

Another tour boat, the Serenita, also capsized on the same night during the freak storm off the south west coast of Phuket, but the 42 passengers were rescued. Australian dies after falling from hotel balcony in Patong