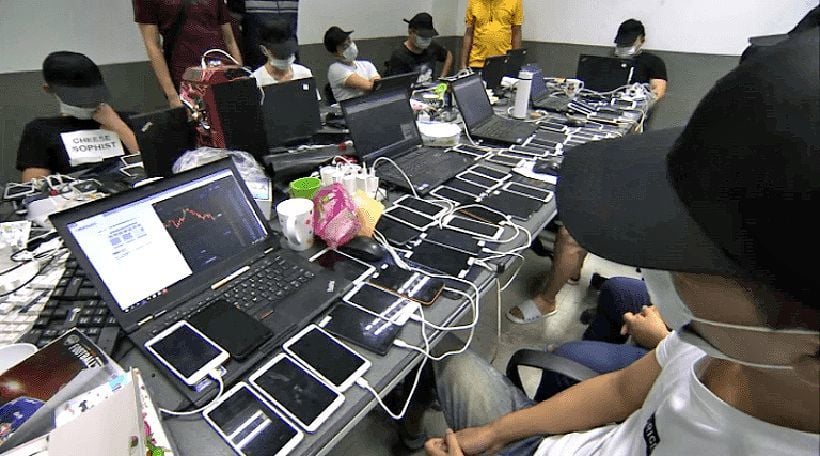 54 enterprising teenagers, most from China, have been arrested for running a call centre scam from a Koh Samui resort. The Chiang Rai Times reports that the arrests happened after police received a tip-off from a Chinese person who had worked for the call centre.

Police say the Chinese teenagers were enticed to come and work for the gang, which was running over 100 chat rooms tricking victims into parting with their cash. Workers at the call centre were given a target of 5 million baht to be raised from each person they spoke to.

Part of the con consisted of persuading other Chinese nationals to invest in fake stocks. Once the victim fell for the scam and transferred the funds, the app being used was closed down.

The gang leader is reportedly still at large and in possession of the Chinese teenagers’ passports. Police believe he has not left Thailand. Meanwhile, the 54 workers have all been charged with working illegally in Thailand.

In another bust in Bangkok yesterday, 24 Chinese people were arrested for running another call centre that duped fellow nationals into investing in a cryptocurrency-style scam. It’s understood the scam had been running since March.

The workers were arrested at various rental properties around the capital, with more than 500 mobile phones and dozens of computers seized. Immigration Police say they’re working to identify any Thai nationals who may have been part of the operation. 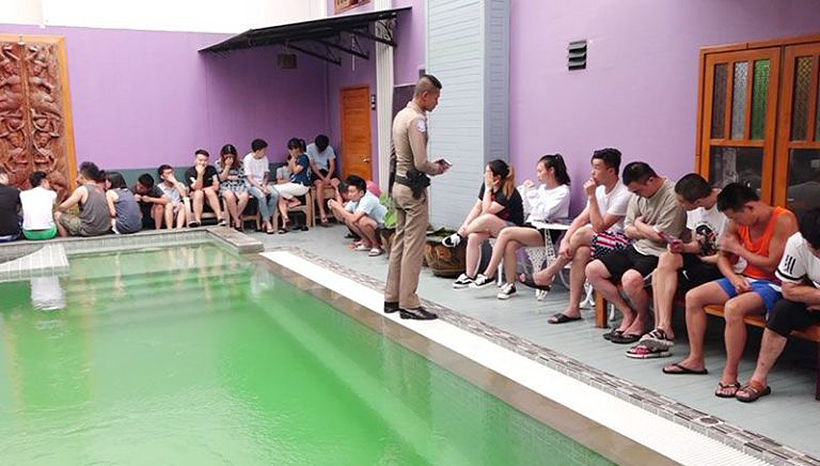 Thai King and Queen to open Chinatown exhibition this evening