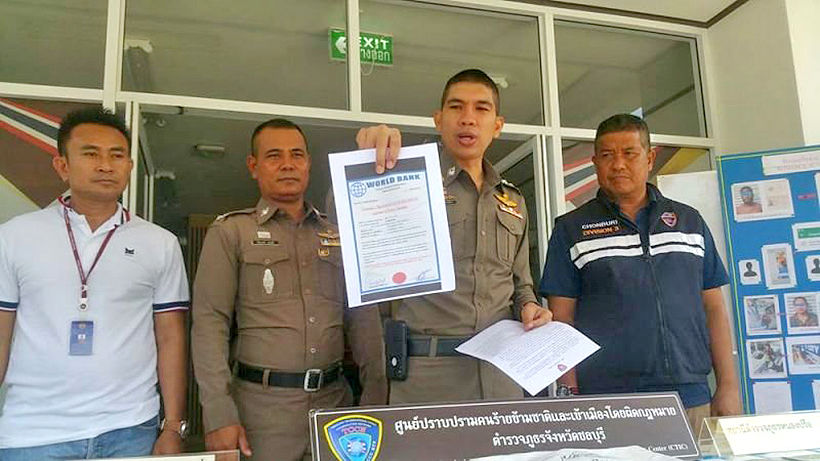 Nong Prue police say they’ve arrested a Nigerian man and his Thai wife over their alleged collusion in an online romance scam.

Police claim 40 year old Uchenna Joseph Amujiogu and 36 year old Wassana Kanchiak scammed a Thai woman out of 2 million baht. The woman contacted police in June after she realised she had been a victim of the scam.

The woman told police she was sent a friend request on Facebook by someone with the name of UD Danid who claimed to be a doctor in the US military. The message was sent in February this year.

The victim was then told a US$500,000 loan had been approved for her from the “World Bank” but in order to access it she would need to transfer $50,000 to release the rest of the money. The victim, who was issued with a document from the “World Bank” transferred the money to multiple bank accounts but later realised the whole thing was a scam.

After an official complaint was made, police studied CCTV footage from outside the ATMs where some of the money was withdrawn. They then were able to identify Kanchiak dressed in a black jacket with a hood, sunglasses and a mask covering her face.

On Saturday, police tracked down Amujiogu and Kanchiak to an address in Sattahip where they were arrested. They have been charged with numerous offences related to fraud. They remain in custody.