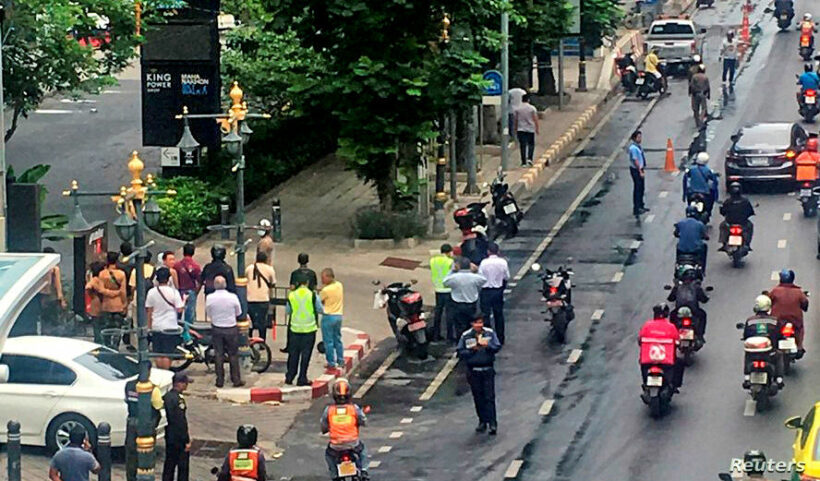 The Criminal Court issued arrest warrants for five more suspects yesterday over their alleged involvement in the simultaneous bomb and arson attacks in Bangkok back on August 2.

Police presented evidence against them to the court yesterday to obtain warrants for their arrest. They are accused of being members of an unlawful syndicate and collaborating to carry out, or tell others to carry out, terror attacks, attempting to and having launched bomb attacks to harm others and damage others’ properties.

Earlier, police investigators have obtained arrest warrants against 13 other suspects. The Nation lists the current list of suspects awaiting arrest…

Police investigators have arrested three suspects, namely Lu-ai Saengae, Wildun Maha, and Muhammadilhum Sa-i. Lu-ai and Wildun were arrested on board a bus in Chumphon early on August 2 after the bombs they allegedly planted in front of the Royal Thai Police headquarters were detected on August 1 and were safely disabled.