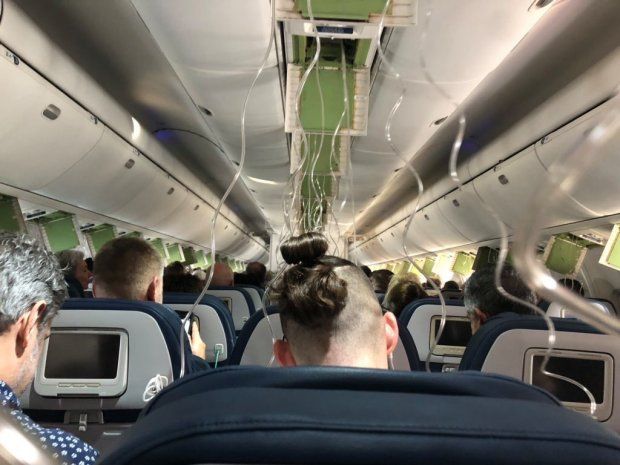 “Other passengers relayed that they were hastily tapping out texts on their phones thinking that they might crash.”

Passengers on a Delta flight, from Atlanta to Fort Lauderdale, were terrified when their plane plunged mid-air, dropping nearly 30,000 feet in around 9 minutes.

Delta report that the flight experienced a “cabin pressurisation irregularity” during the journey. The flight diverted to Tampa out of caution. The plane landed safely there, according to the airline.

“Chaos sort of ensued amongst the passengers.”

One of the flight attendants kept telling passengers over the cabin intercom not to panic, he said.

“Obviously it’s a hectic moment so the passengers around me, a lot of people were kind of hyperventilating, breathing really hard. One passenger was so scared he began hugging his son and telling his family he loves them.”

Other passengers relayed that they were hastily tapping out texts on their phones thinking that they might crash. Delta apologised to its customers telling them the flight was diverted “out of an abundance of caution.”

The aircraft is currently being evaluated by maintenance technicians, according to the airline.