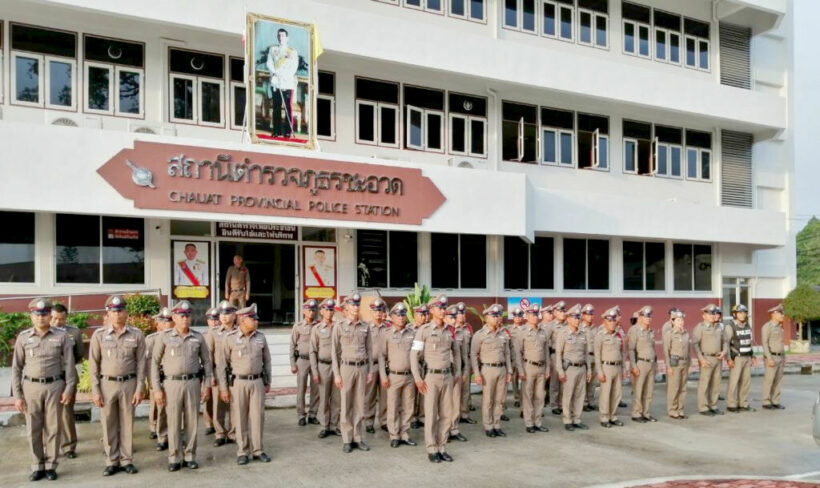 PHOTO: A man stabbed his wife in front of the Cha-uat police station, pictured here. (via chauat-policestation.com)

After getting into an argument in front of a police station this morning, a man stabbed his common-law wife to death. The crime took place at about 9:30 am this morning in front of Cha-uat Police Station in Nakhon Si Thammarat in the south of Thailand.

After an argument that became more and more heated in front of the police station, with the couple shouting abuse at each other, the man eventually became so enraged that he pulled out a pointed sharp knife and stabbed the woman 8 times in the chest and neck.

He fled the scene after the crime but police quickly found him and took him into custody. The details of his identity were not released.

The Thai woman was 48 years old I had previously been widowed. She had been living with the man who stabbed her as a common-law husband and wife.

The Cha-uat District Police Chief confirmed the incident that happened this morning. An investigation is ongoing and it has not been revealed whether the man offered any explanation or any motive behind the crime.

AlexPTY
we obviously thought it through. next time, i suggest in front of the hospital

gummy
14 hours ago, HolyCowCm said: Yeah I catch some of the news in and out for the UK and EU. Even for the US. Just making a comment about here and how noticeable it is really becoming where everyone is…