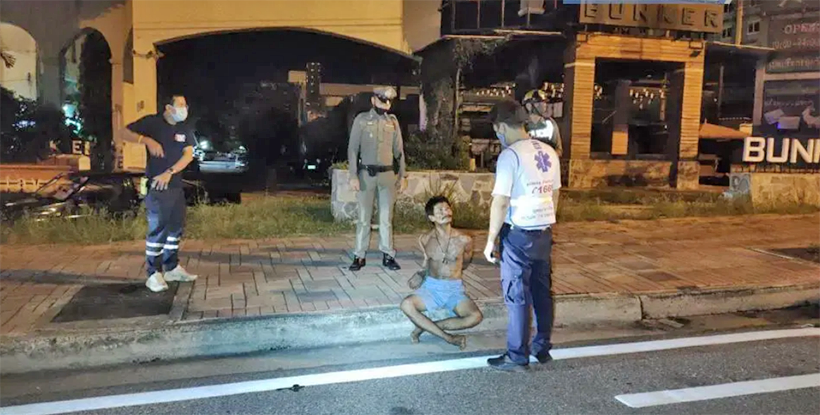 Police in Pattaya responded to calls from several concerned citizens about a Thai man behaving erratically in the middle of Sukhimwit Road, Pattaya at 3:30 this morning. The heavily tatooed man, who had no ID and would not give his full name, appeared to be in his mid-30s and was wearing only boxer shorts.

The man was screaming and yelling at traffic and running around and up and down the motorway, causing police and drivers to fear there could be a further incident. The man was mostly cooperative when arrested but claimed the police would “kill him and murder him.”

Here is a video of the incident… 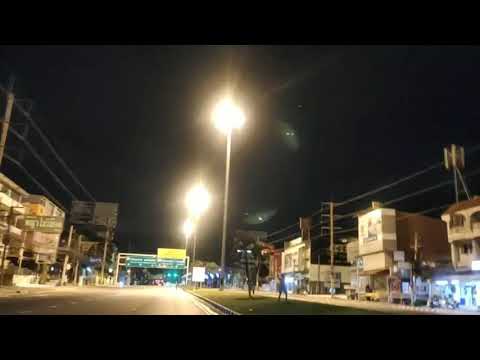 Police eventually arrested the man for creating a public disturbance. He was taken to the Pattaya Police for a drug test as officers believed the was under the influence of illegal drugs based on his behaviour.