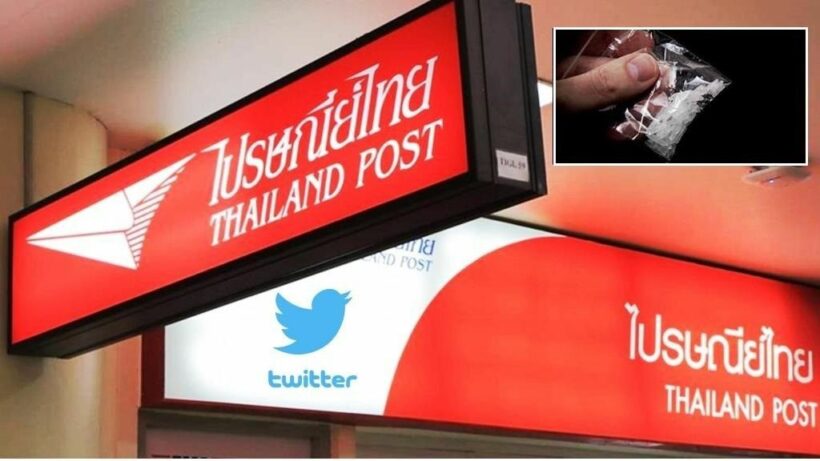 … and not the frozen water stuff.

The Narcotics Control Board has arrested a man for selling “ice,” crystal methamphetamine, using Twitter and shipping the drug by the Thai postal service.

Kriangsak Hadda was arrested with a total 191.6 grams of crystal meth, according to authorities.

Niyom Termsrisuk, the ONCB secretary-general says that this kind of clandestine trade has led to a rapid rise in drug use in Thailand, warning that parents should screen their children’s social media use and be vigilant against drug use.

The ONCB and Thailand’s new cyber police monitor the drug trade through social media and charge around 10 cases per month, according to The Nation.

The ONCB also collaborates with Thailand Post to inspect packages for drugs, and has asked courier services to install CCTV cameras, especially in collection offices. Companies have also been asked to train staff to detect packages from drug smugglers.