Congratulations. You’ve just won two grand prize Thai lottery tickets – a total of 12 million baht. So what do you do with the winnings?

You distribute methamphetamine pills to your friends for free, of course.

The Ban Paew police arrested the vegetable seller-turned local millionaire after winning the lottery ticket last year and turning his kind generosity into free Yaba distribution.. The police had received information about a home in Ban Paew, Bangkok, distributing drugs to teenagers in the area. The police got a search warrant for the home and discovered 39 year old Yut Wongthanom trying to escape from the back door when the police arrived.

A bag of the ‘Yaba’ pills were found in the man’s home, hidden in a bag buried under a mango tree in his backyard.

Yut told police he used to sell vegetables for a living before winning 12 million baht from the Thai lottery on July 18 last year. He brought land costing 7 million baht and added a home costing 3.5 million baht. He told police that, since winning the lottery, he had new friends visiting him every day.

He told police that he bought a large bag of Yala so he and friends could have some ‘fun’ when they came to his house.

Yut was arrested on August 7 and has been charged with dealing in Category 1 drugs. 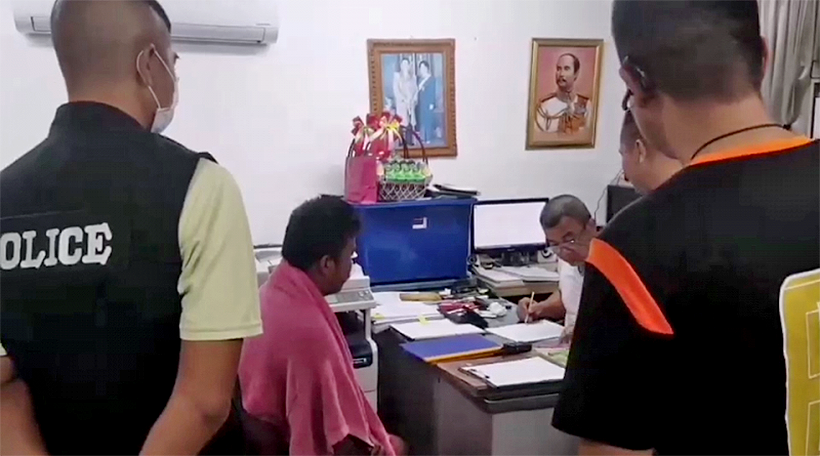 The Government’s Covid-19 task force says a 9 year old Sudanese girl who has tested positive for the virus is undergoing treatment in a Bangkok hospital. It’s understood the child is the daughter of a diplomat and was self-isolating with her family at a condominium in the capital after arriving in Thailand. Thai media have been camped outside the diplomat’s condo off Sukhumvit in central Bangkok all morning. Dr. Taweesin Visanuyothin from the Center for Covid-19 Situation Administration confirms the family was not required to carry out the 14 day mandatory quarantine required of other foreign arrivals and repatriated Thai […]

Man dies in collision after car bursts into flames in Bangkok

A man has died after the car he was driving burst into flames when it collided with another vehicle. Nation Thailand reports that the accident happened in the Nong Jok district of Bangkok. It’s understood the victim, named as 47 year old Issara Bangyai, was test-driving a Mazda sedan in front of a car showroom when a pickup truck jumped a traffic island on the other side of the road and ploughed into him. The force of the impact caused the Mazda to burst into flames. Police and firefighters raced to the scene and, after extinguishing the fire, found Issara’s […]