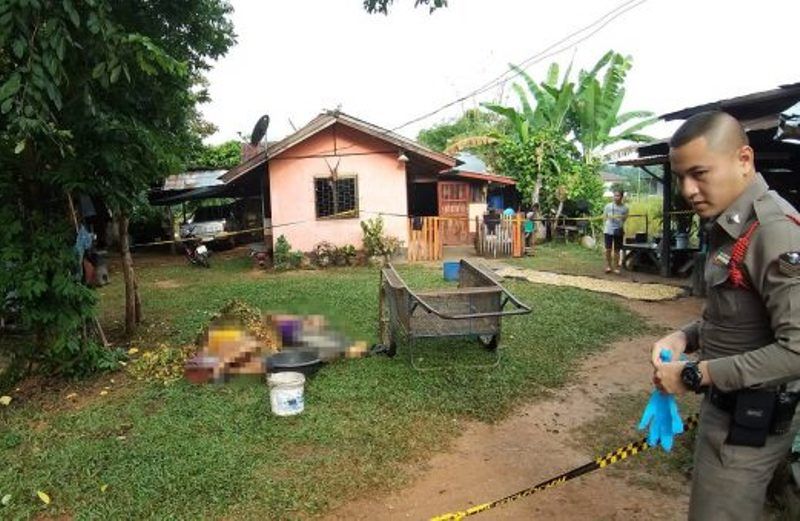 Chiang Rai police are investigating a husband and wife that were murdered in the province’s Chiang Saen District last Wednesday.

When arriving at the property, police found the bodies of a husband and wife, both with strangulation marks on their necks. There was no sign of a struggle and nothing was stolen. Their pick-up truck and motorcycles were still at the scene. Police believe the murders may have been committed by two or more suspects.

They also believe the murders may been over a land dispute. A neighbour told police that the deceased had sold road access to other villagers as a way to enter and exit their properties.

But after the transaction, they demanded more money, resulting in mediation by the village headman. Police officers have been interrogating the relevant people in the case to find out more about the dispute and their whereabouts on the night of the murder.

The victims’ bodies have been sent to Chiang Rai’s Prachanukroh Hospital for autopsy. The case is still being investigated.